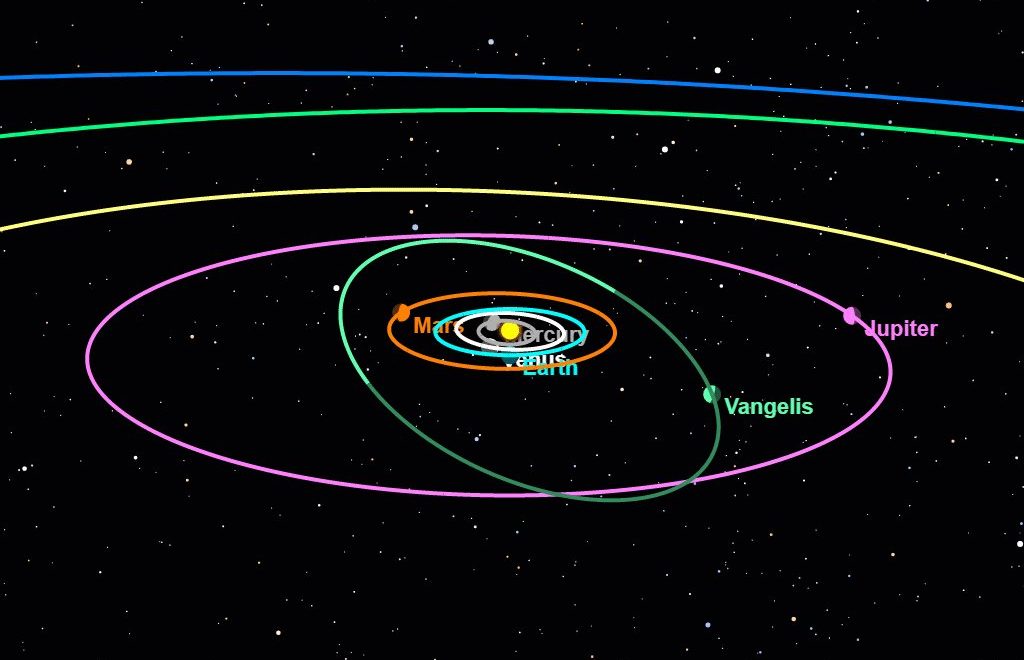 “Ad astra, Vangelis” the NASA tweeted a few hours after the news that internationally acknowledged Greek composer and musician Vangelis had passed away.

With its farewell “to the stars” the NASA highlighted the scores the musician composed for the explorations to the Jupiter mission.

The film composer contributed scores to explorations by our #JunoMission to Jupiter. Here, ride along with the @NASASolarSystem spacecraft around Jupiter and moon Ganymede, with sound up.

On 7 November 1995, the International Astronomical Union’s Minor Planet Center at the Smithsonian Astronomical Observatory named a small asteroid, Asteroid 6354, after the world-renowned composer who always felt charmed by the space.

6354 Vangelis – discovered in 1934 –  is an asteroid, a large rock that orbits the Sun mainly between the orbits of Mars and Jupiter. 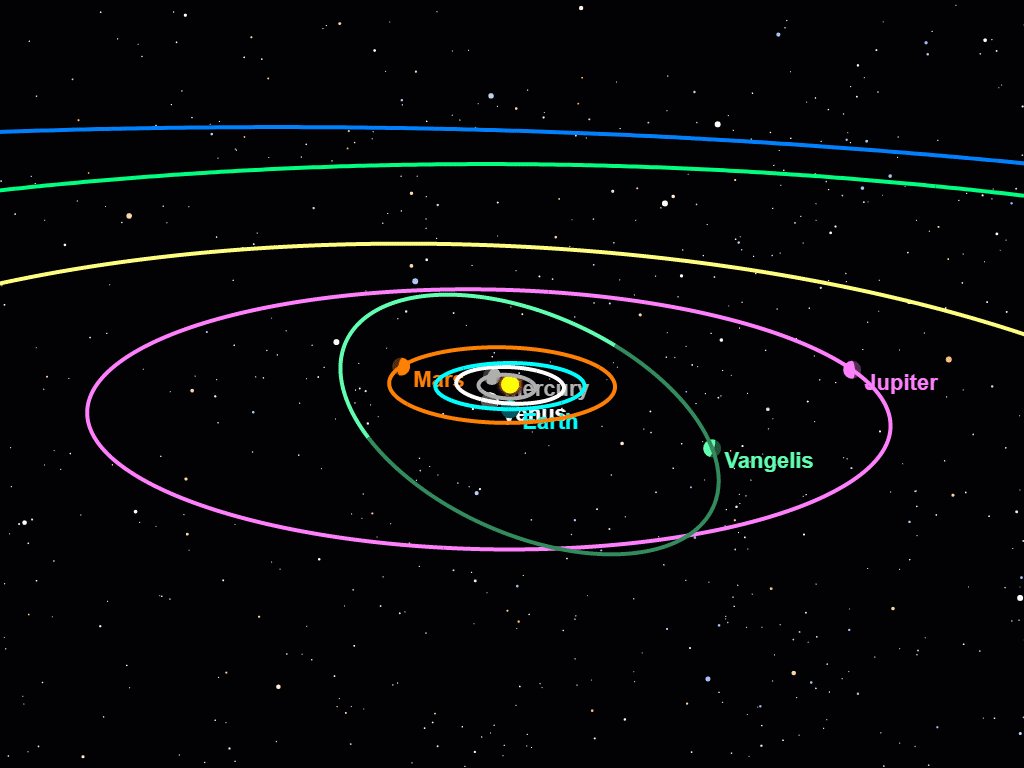 It is located 247 million kilometers from the Sun.

Nearby, in the space sense of the term, are the small planets named to honor composers Beethoven, Mozart and Bach.

Vangelis passed away after months in intensive care unit in a hospital in Paris, following an infection with Covid-19. He was 79 years old.