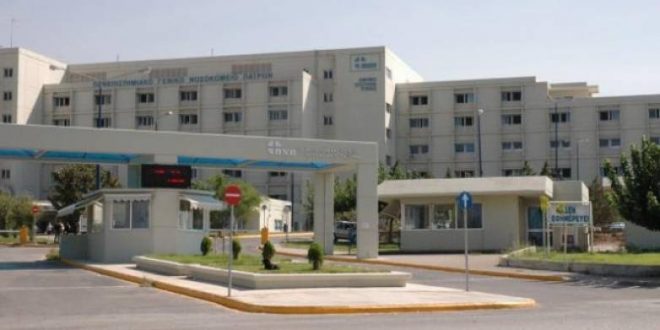 May 24, 2022 Society, Very Mix Comments Off on Second case of leprosy in Greece: 65-year-old woman hospitalized in Patras 1,781 Views

A second case of leprosy has been detected in Greece in the last couple of days. A 65-year-old woman is being treated in isolation in a hospital in Patras, north-western Peloponnese while the first case is hospitalized in Attiko hospital in Athens.

According to state broadcaster ERT and local media, the woman is being treated in isolation at the Dermatology Clinic of the Rio University Hospital.

Isolation is essential to prevent the spread of the infectious disease

The case was confirmed by the lab tests at the Rio and Attikon hospitals. The health condition of the woman does not reportedly causes concern to medical staff. There is no information whether the woman had traveled abroad, ERT reported citing hospital sources.

On Sunday and on the occasion of the monkeypox suspected case, professor of Microbiology at Attikon hospital, Spyridon Pournaras, had revealed that a patient infected with leprosy was being treated in the hospital in western Athens.

Also this patient was from Peloponnese, Pournaras has said.

“We had found such a case the day before yesterday. There are cases of old diseases that have been forgotten, but we must be vigilant so that there will not be spreading,” Pournaras told Open TV.

He added that one more leprosy case was detected in 2020.

So far, there is no official statement on the leprosy cases by the Greek National Health Care Organization EODY.