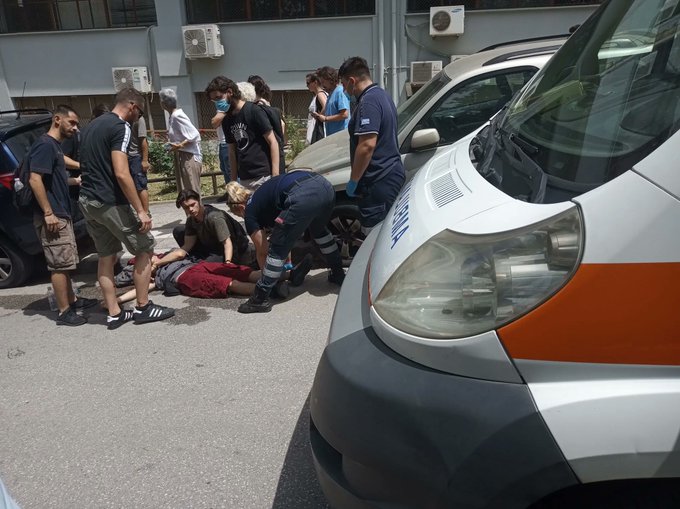 A student of Aristotle University of Thessaloniki lays on the ground as blood is flowing under his head. The young man was hit by a flash grenade fired directly at him by a riot policeman on Thursday afternoon. The injured youn man is surrounded by co-students as they all awaiting for the ambulance.

The flash grenade was fired at a distance of 1 to 2 meters, as videos recorded.

The attack by heavily armed riot police using explosive ammunition against unarmed students drew the sharp criticism of opposition parties such as left0wing SYRIZA and socialist PASOK. Social media users to wonder whether the conservative government wants some students dead.

The 20-year-old injured student was rushed to a nearby hospital in the city in northern Greece. He underwent through exams including hearing check and a tomography, and other tests. He was discharged early in the evening with prescription antibiotics at hand.

According to a local lawyer, though,the student suffered an injury in the face by a kick and he has temporarily lost his hearing due to a flash that fell near his right ear and a problem with his jaw.

In a statement the Greek Police blamed the students for the violence saying that “one civilian and one police officer were injured after 120 students attacked riot police. 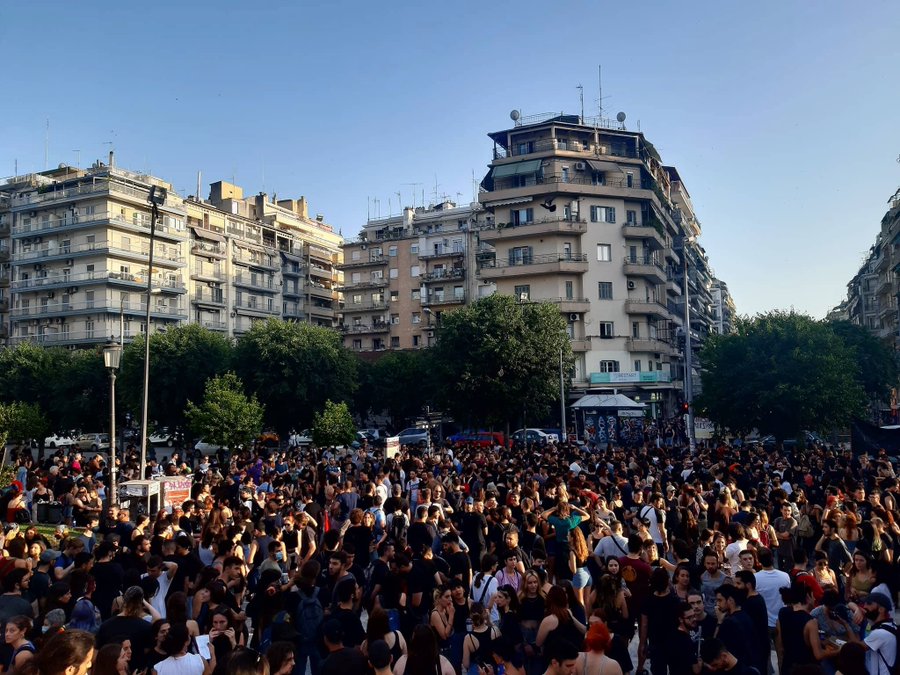