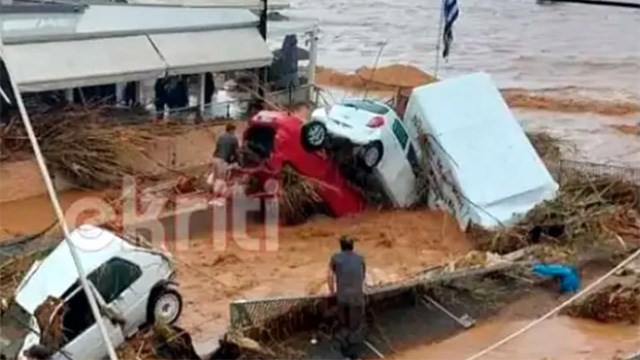 One person has died and at least two others are missing after torrential rainfalls hit the island of Crete on Saturday morning. Homes and businesses have been flooded, streets turned into mud rivers, vehicles have been swept away, bars, restaurants and supermarkets landed in the sea, when the sky opened in Heraklio, Agia Pelagia and surrounding areas short after 11 o’ clock in the morning.

Initially state broadcaster ERT reported that the dead man and the missing persons are members of a family of tourists, whose car was swept away by the rushing waters. These information has not been confirmed until early Saturday afternoon.

The car of the 50-year-old dead man was reportedly stuck in an anti-flood canal and his body was recovered by divers. The father of two, owner of a hotel in the area, had traveled from Heraklio to Agia Pelagia for some works in the facility, 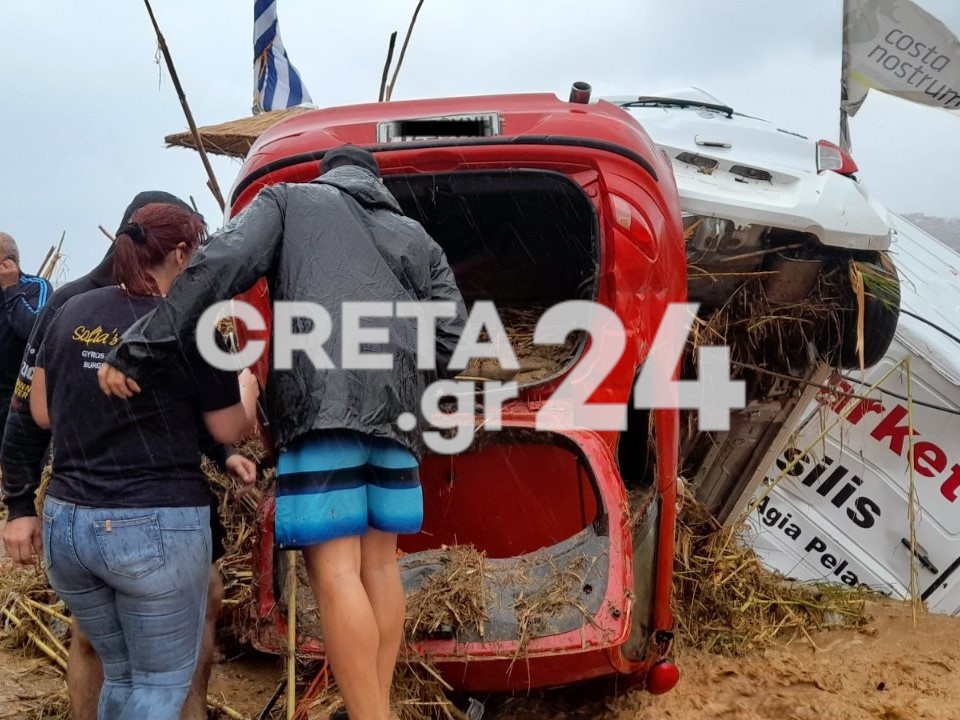 The two other missing persons, a man and a woman, were in Agia Pelagia and Ligaria when the rain started. 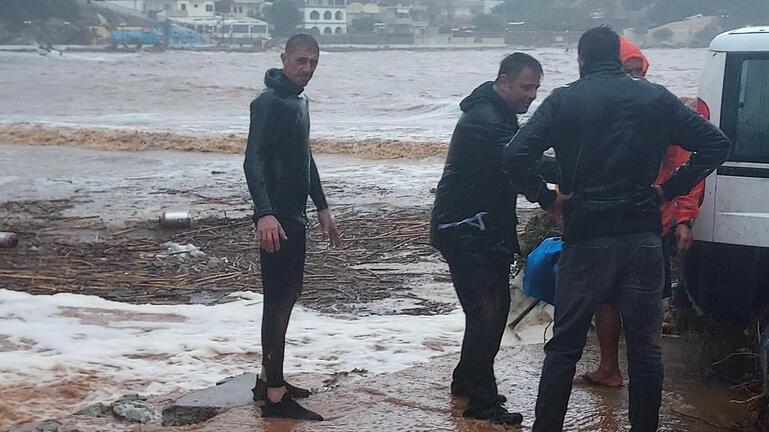 Some 14 divers are searching in the sea for the missing woman in the sea, whoever, the weather conditions and the rough, blur sea do not make their work easier. The woman was co-passenger in the dead man’s car. 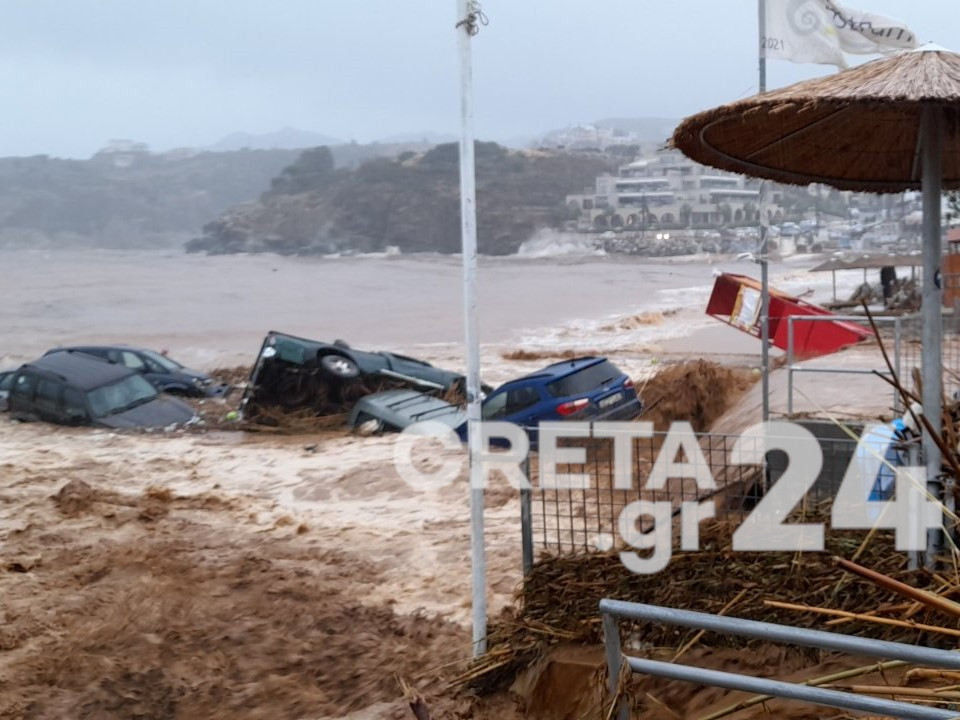 In a last minute rescue fire fighters managed to save the life of a w0oman who was swept away by the waters.

In flooded Sitia, fire firefighters launched an operation to rescue 10 tourists trapped in the waters. 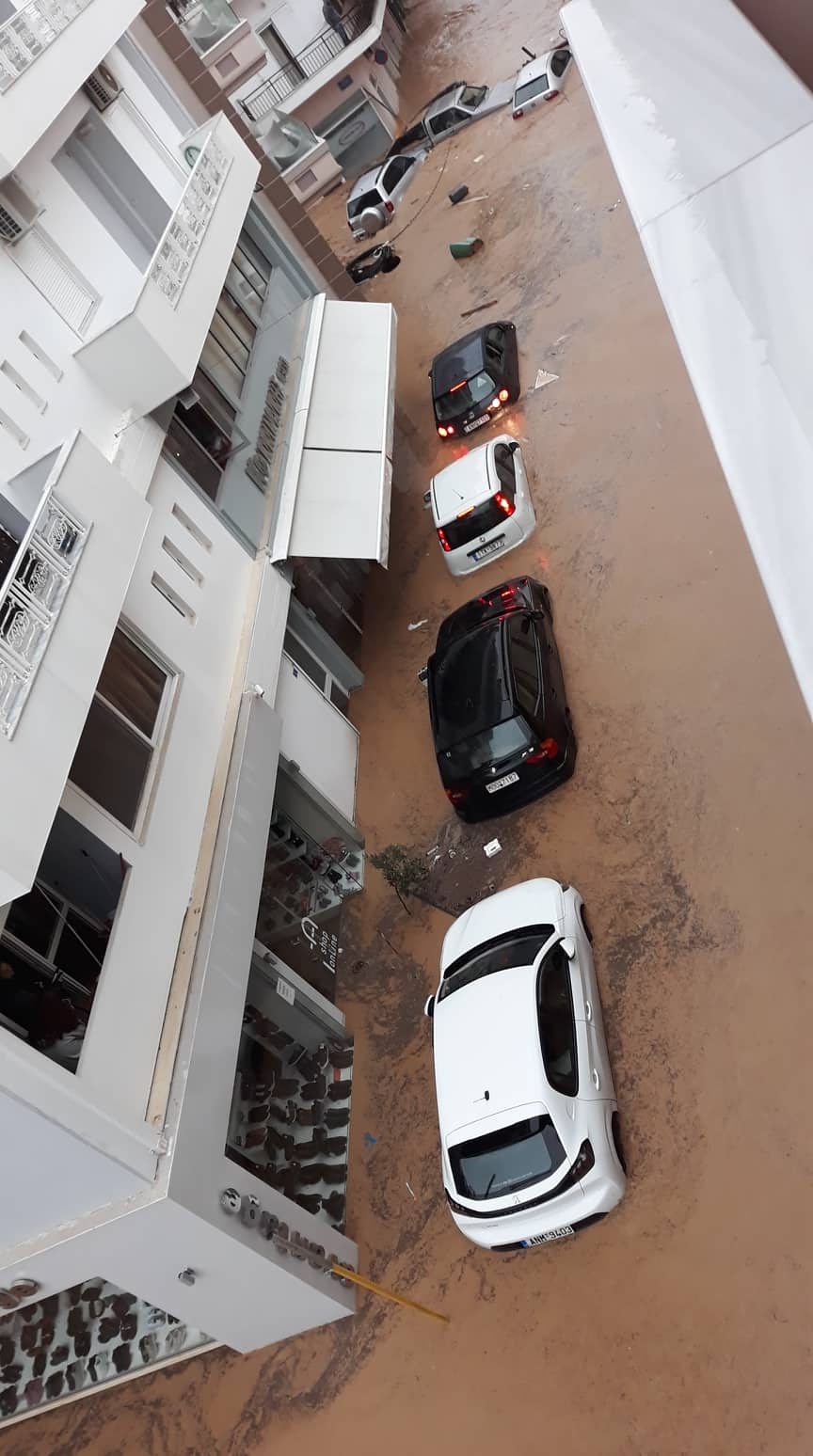 The heavy rain caused extensive flooding within minutes and residents especially of Agia Pelagia that was mostly hit are angry saying that the “recent anti-flooded measures brought nothing.”

The roads in the area have turned into wild rivers and rushing waters drag in their path everything possible, from wood and stones to cars and everything else that was nearby.

According to local media on Crete, houses and shops have been flooded in the area, with residents and shopkeepers not knowing what to do.

The situation is serious also in the areas of ​​Lygaria, Paleokastro and Ammoudara of Malevizi Municipality.

Outraged residents are calling for help with many basements flooded.

At the same time, several areas have been left without power – such as the area of ​​Agios Ioannis in Knossos where from the first minutes of rainfall power was out since 10:20 a.m.

The intense rainstorm, which lasted less than half an hour, was enough to turn the settlement Made into a… river, as it seems that the rain gutters were not able to collect the volume of water that fell.

The residents express their anger towards the Municipality of Malevizi, as they claim that two years ago they changed the grates and wells, but they are still in the same project, with flooded roads, houses and muddy water everywhere.

As the bad weather front is moving to the East of Crete, authorities have warned residents of Lasithi with an sms via the 112 emergency line. 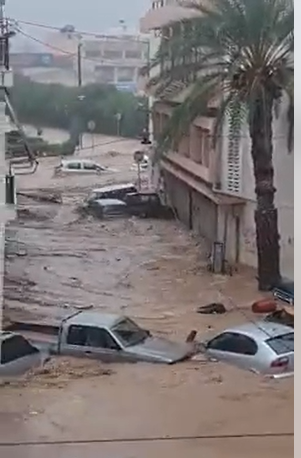 Authorities have warned locals in the hit areas to avoid unnecessary travel.