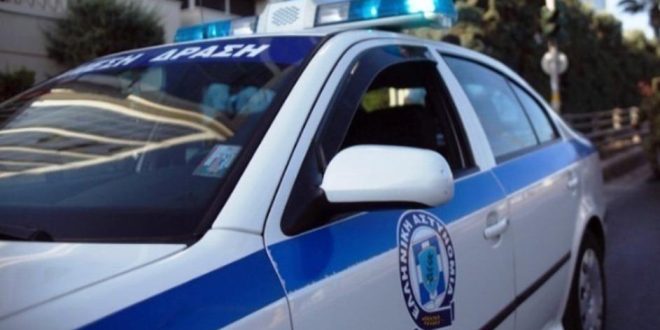 An explosive device went off at the entrance of the apartment building in the neighborhood of Agios Panteleimonas on Sunday, where the 53-year-old pimp, the main suspect in the case of the sexual abuse and pandering of the 12-year-old girl in Kolonos used to live.

The man man has been remanded custody and transferred to the prison in Grevena since his arrest beginning of the month.

The makeshift device was consisting of gas canisters and reportedly exploded at 3 o’ clock on Sunday morning.

The explosion caused in minor damages to the building’s entrance.

Police investigates to identify the perpetrators.

Meanwhile on Monday, police directorates for the protection of minors and the criminal investigations sent to the judicial investigator handling the highly acclaimed case, a large amount of data and findings following intensive investigation.

Citing police sources media report that a large number of people who allegedly met the underage girl for sex against payment have been identified.

According to the same sources, of the 10 people who voluntarily went to juvenile authorities and testified 2-3 people did not just stay in conversations as they allegedly claimed. There is also evidence of physical contact with the child, the sources underlined.

The sources stressed that new arrest warrants are expected this week.

State broadcaster ERT reported that dozens of men who communicated with the profile of the girl on a date app are being investigated.

The 12-year-old victim will be asked to identify her rapists.

Authorities investigate further whether the girl’s mother was involved in the minor’s pandering. The mother is in custody.

A further phase of the investigation concerns the location of the brothel where the pimp is said to have taken the victim for sexual contacts with clients.

Minister for Citizen Protection Takis Theodorikakos has assured that investigation will go as deep as possible and the names of the girl’s rapists will be made public.

Authorities suspect that the “clients” who have raped the girl may have sexually abused also other minors.

The rape and the pandering of the 12-year-old girl in western Athens has shocked the Greek society.