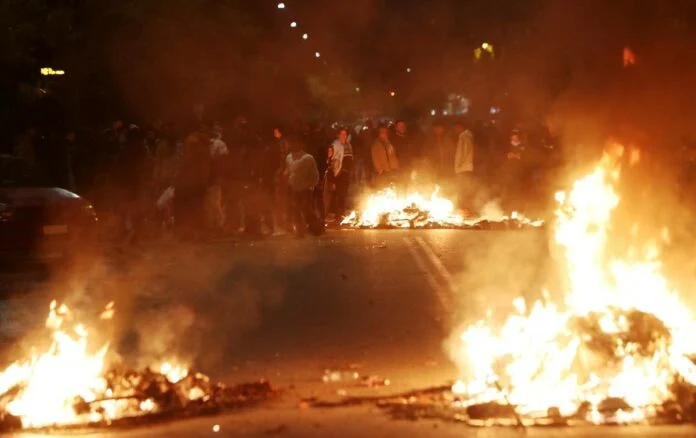 As the 16-year-old Roma boy keeps struggling for his life after he was shot in the head by a policeman, members of the community are in outrage and started protests in Thessaloniki and Attica. 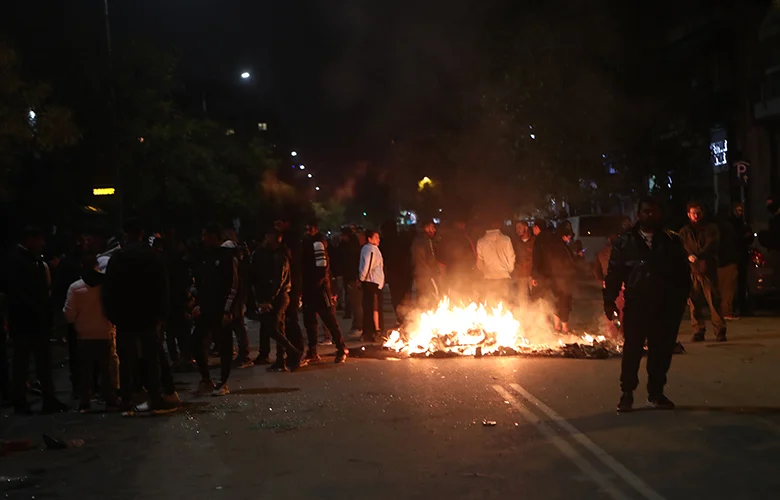 Outside the hospital in thessaloniki

The atmosphere is explosive also because of the anniversary of the killing of 15-year-old boy Alexis Grigoropoulos also by a policeman in Exarchia, Athens, on December 6, 2008.

The commemoration rally for Alexis Grigoroulos turned into protests for the deaths of people killed by police officers.

More videos after the Grigoropoulos rally in Athens at newsit.gr

In Thessaloniki, relatives and friends of the Roma boy shortly clashed with police outside the Justice building where the arrested policeman was taken on Tuesday morning. 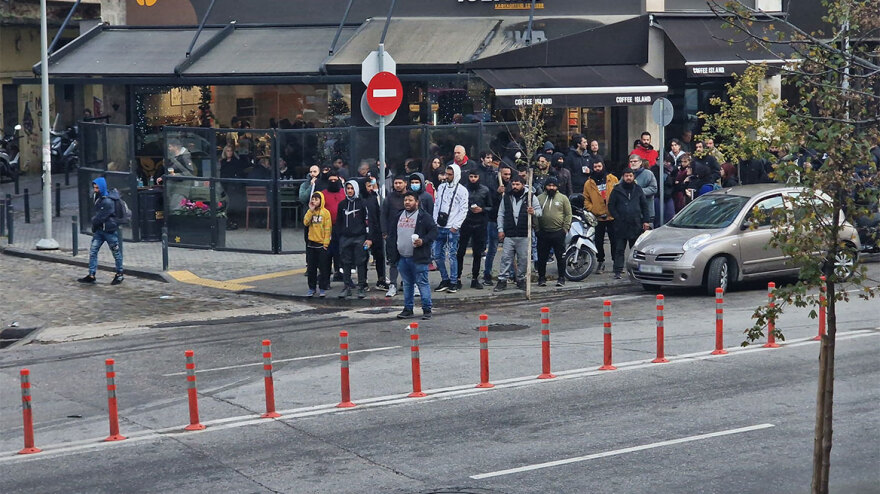 The angry protesters threw stones, sticks and other objects, while riot police made limited use of tear gas.

Later they set garbage bins on fire and barricades outside the court. 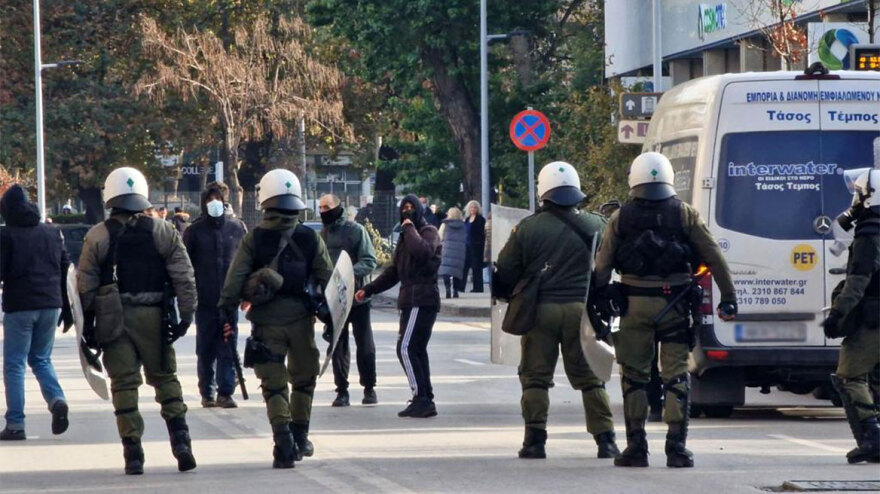 In Menidi, in Megara and other areas of western Athens and Attica where Roma settlements are located, the angry crowd threw stones at riot police squads deployed there.

The atmosphere remains tense until 10 o’ clock Tuesday night. One TV reported that a group of protesters in Menidi stopped a public bus and attempted to set it on fire after they ordered the passengers to get out. 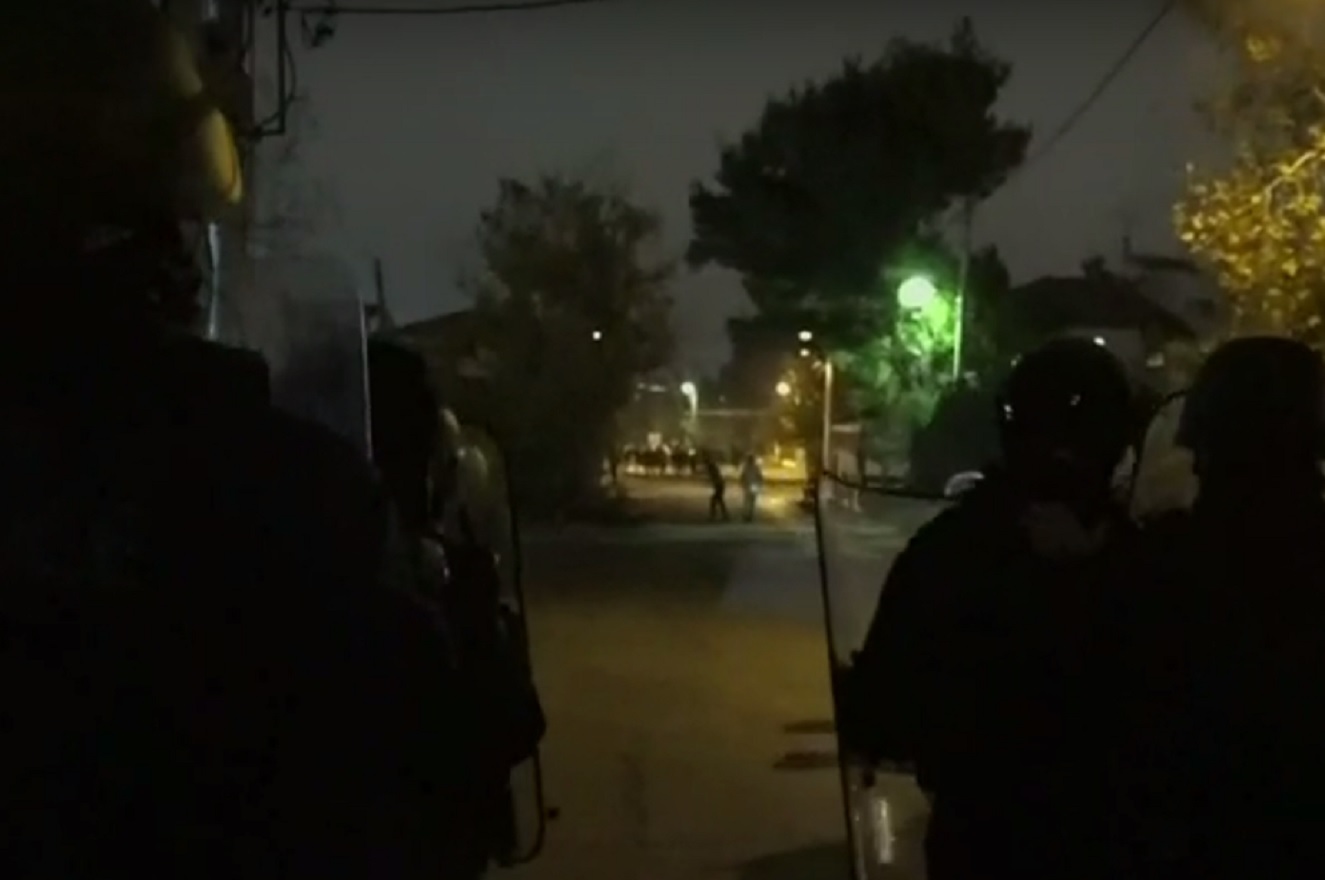 The 32-year-old police officer who shot Roma boy Costas Fragkoulis in the head during a chase on Monday, faces charges for attempted murder with possible intent (a felony), conducting illegal shooting to immobilize or neutralize (a misdemeanor).

Security camera footage of a store shows the pickup truck, driven by Kostas Fragoulis turning and being chased by 2 motorcycles of the DIAS police team.
500m down the road, a few seconds later, the police shot the 16-year-old. #thessaloniki #16χρονος #antireport pic.twitter.com/zOCwaQt2wk

After the prosecutor granted him a headline for his testimony on Friday, he was led in handcuffs by his colleagues to the detention centers of the Thessaloniki Security Department.

According to protothema.gr, the police officer through his lawyer denies the charges, stressing that he did not act with homicidal intent.

He reportedly claimed that he fired because his colleagues on the first motorcycle were in danger. He reportedly said he fired “once into the air to intimidate” the pick-up driver, while for the second shot that hit the 16-year-old in the head, he reportedly claimed he fired “instinctively downwards, aiming for the tires of the car.” Describing the circumstances in which he opened fire, he reported that the motorcycle he was riding was moving at speed and due to the road surface had frequent bounces.”

The Roma community and a part of the Greek society sees in the shooting of Costas Fragoulis a clear “racist motive.”

16-year-old Costas had tanked his pick up truck for 20 euros and left without paying in the early morning hours of Monday.

What is interesting is that the DIAS police officers were inside the gas station when the 16-year-pld drover away. They were informed by the station employee that the customer left without paying. they got on their motorcycles and left the station.

Video: Officers in the gas station via CCTV

The victim was shot in the back of his head. His family speaks of “murder in cold blood.”