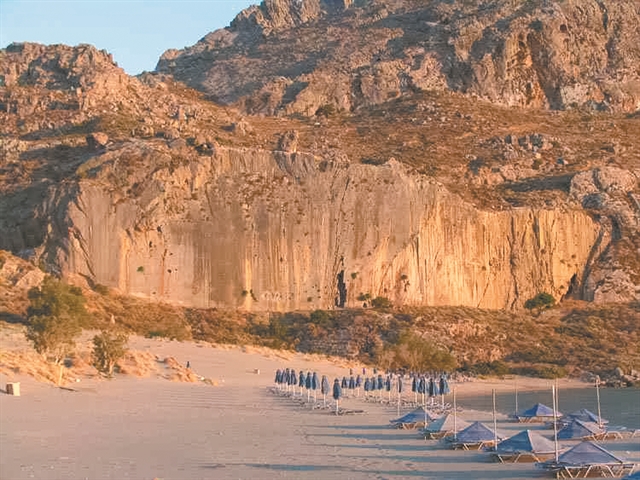 Local communities and scientists vehemently oppose the construction of a hotel facility in the iconic Paligremnos Wall, an area of Plakias by Rethymno on the island of Crete. They have appealed to justice to cancel the building permit arguing that the construction would damage the “natural environment of great geological and historical value, as well as a landmark of the area.” 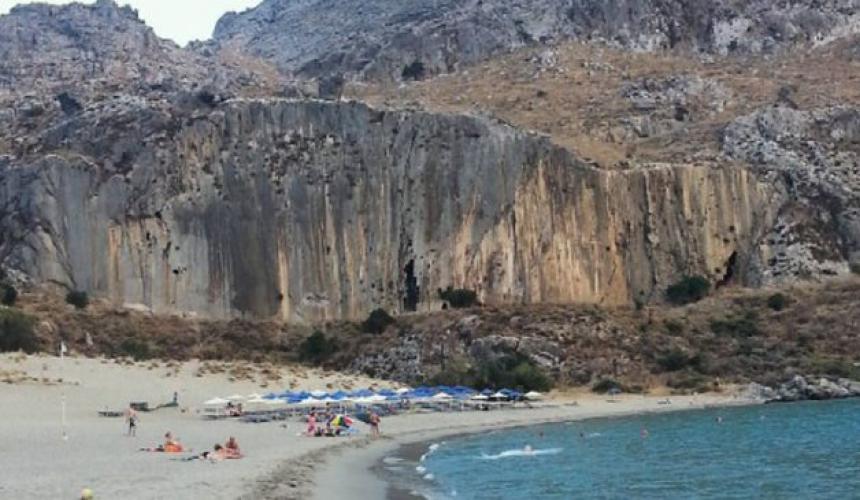 Geologists have also rang alarm and propose declaring the area a “Protected Natural Monument”. Furthermore, they ask to stop the building plans on one of Crete’s largest active seismic fault lines.

Paligremnos in Crete is one of the most impressive geological monuments in Greece. It is the largest surface manifestation of a seismic fault line in the  country. 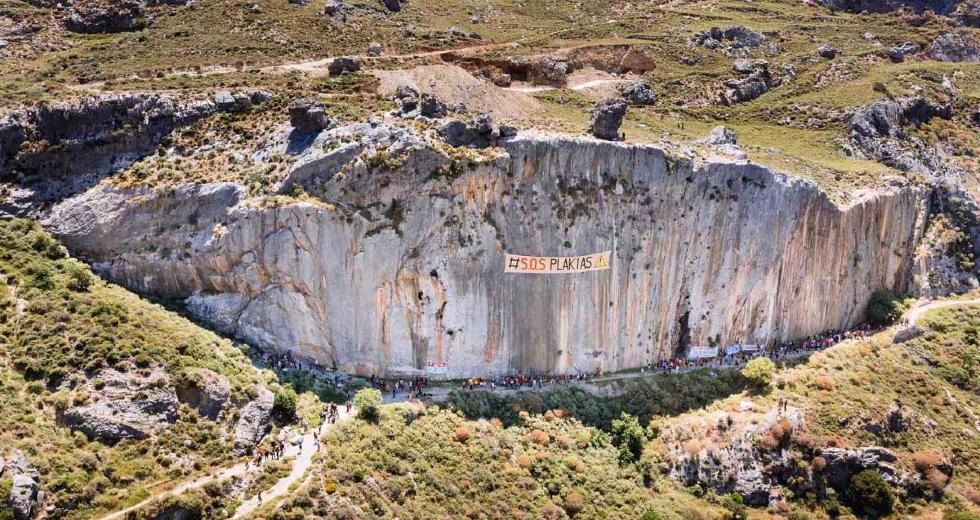 The “mirror” of Paligremnos or Palingremnos Wall is a steep rocky slope, 143 meters long and a maximum height of 46 meters, created through seismic processes of millions of years. 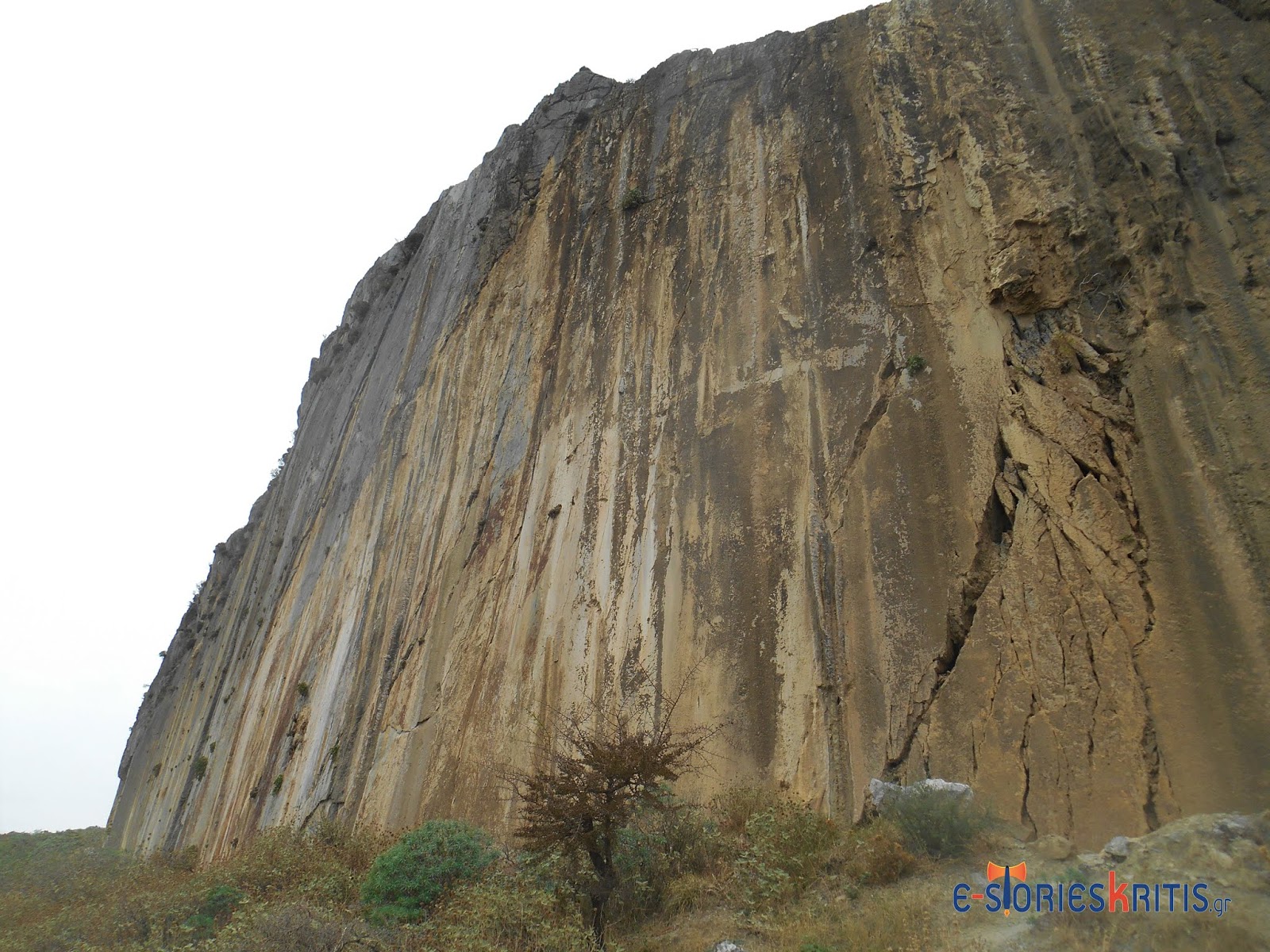 It is worth noting that some scientists attribute to this zone of seismic faults the strongest earthquake the Mediterranean has ever experienced – an estimated magnitude of 8 on the Richter scale – on July 21, 365 AD, which lifted Western Crete up to 9 meters above sea level.

“The Plakias faults are lost in the sea, so we don’t have the “big picture” of their behavior, however, based on the data we have, they are probably characterized as active, that is, they can cause an earthquake either autonomously or reactivate due to of a large fault on the opposite side of the gulf” says Dr. Charalambos Fasoulas at the Geology Department of the Museum of Natural History of the University of Crete told newspaper tanea.gr.

“We consider – as does the Architectural Council of Rethymno – that the intervention in the area will alter all the natural features of the monument. Also what we emphasize as a very big problem – which is also linked to disasters we have had on the island – is that, in addition to the seismicity, the area where the excavations have started is a zone of slope instability, a small valley at the end of which they slide vertical rocks, which come off and reach the edge of Paligremnos. We recently had the landslide accident at the tourist resort of Agia Fotia and it is important to mention this – even within the zone where the excavations have started there are rocks from landslides,” he adds.

The Chania Administrative Appeals Court will discuss on upcoming Thursday, December 8, the application against the Construction Service (YDOM) of Rethymno for the cancellation of the building permit for a Tourist Accommodation of Caves for Rent Furnished Apartments in the Paligremnos area of Plakia of the Municipality of Agios Vasilios Rethymno.

With this specific application, the cancellation of the building permit in Paligremnos is requested because any work on the site will have irreversible effects on the natural environment of the area (opening of roads, excavations, etc.).

It is noted that the Administrative Court of Appeal of Chania on 22/9/22 issued a temporary order suspending the execution of the building permit for the Tourist Accommodation in question.

Beginning of October, the study of the Museum of Natural History of the University of Crete that defines the framework for the declaration of Paligremnos as a protected area was submitted to the Municipality of Agios Vassilios .

If the hotel construction goes ahead, buildings will be founded on Crete’s largest seismic fault zone and in an area where, according to geologists, huge overhanging rocks are sliding… In a statement in June 2022, the investor dismissed claims that a hotel facility would be built on Paligremnos.

The investor said that no hotel but a “mountain refuge, approximately 500 m2 in total, with a maximum capacity of 20 people on 34 acres of land, with a bio climatic function, which refers to the origins of the spatial organization of the Cretan residential environment from its distant past.”

It is explained that “the buildings are all caves with stone facades, integrated into the existing outcrops of the relief. The study maintains footpaths and pedestrian access and does not envisage any swimming pool. The rock of Paligremnos is not touched under any circumstances as it is at a great distance from the caves (about 50 meters).”

In her lengthy letter –here in Greek-, the investor spoke of “selective environmental sensibility exhausted in her person.” The Movement against the construction

Dozens of local bodies are fighting to stop the building plans, which, among other things, will disturb the rare natural beauty of the landscape, while the Hellenic Geological Society and the Natural History Museum of the University of Crete are calling for Paligremnos to be declared a Protected Natural Monument .

“And this is exactly the point of our struggle that started last May”, says the Movement in its announcement, emphasizing at the same time that “when the earth-moving machines appeared on the rock of Paligremnos and it was seen how vulnerable it is to the gluttony of tourist investments.”

According to the Movement, since that day hundreds of people throughout Crete, Greece and abroad rallied with sympathy and consistency in the effort to protect Paligremnos.

The announcement of the Movement concludes: “Paligremnos is a natural monument of great geological and historical value, as well as a landmark of the area. If we want to protect him, we must respect him.”

*The cancellation request is signed by the residents of Plakias, the Municipality of Agios Vassiliou and several associations and unions -see here at daily efsyn.

The Movement’s facebook page at Save Paligremnos – SOS Plakias