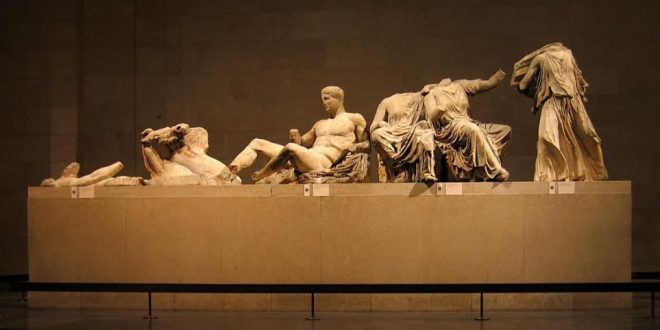 Greece’s Culture Ministry declined to confirm a report on Tuesday that the British Museum and the Acropolis Museum are nearing an agreement on the gradual return of the Parthenon Sculptures to Greece.

According to Bloomberg news agency, such an agreement would foresee that a part of the Parthenon Sculptures would be sent by the British Museum to Athens gradually and by rotation, as part of a cultural exchange.

Citing persons familiar with the matter who declined to be identified because a deal hasn’t been finalized, Bloomberg said an agreement would see a part of the marble sculptures sent to Athens on a rotating basis over several years. Other pieces would be effectively loaned to the London museum in exchange, and Britain may even obtain plaster reproductions of the Parthenon statues.

According to these sources, any agreement may be similar to the one reached last year, in which Greece reclaimed 161 antique treasures from New York’s Metropolitan Museum of Art.

In the last decade, Greek governments have intensified requests for the return of the Parthenon Marbles, stolen from the Acropolis of Athens by Lord Elgin in the early 19th century.