Live Streaming from Athens
if you see no picture,

A doctors was just saying that they cure the injured on the 1st floor, carry them through the stairs to metro vaggons and transport them to #Evangelismos Station for proper medical care. The situation is very bad and puts the health of the injured in danger. grave for many of the injured. She spoke also of heart attack episodes. 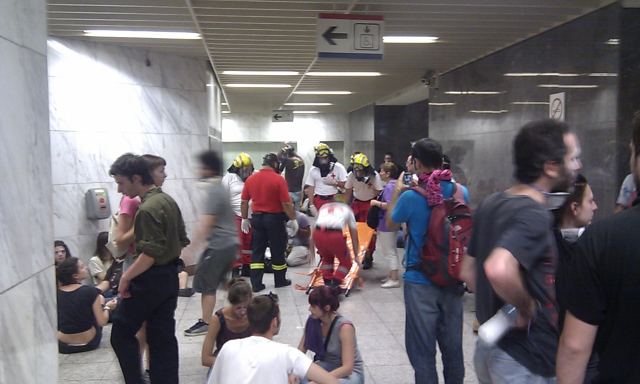 Injured protesters at the Metro Station

The President of the Pharmasists’ Association describes the situation in the Metro First Aid as “Hell” “It’s like being in a war. You see open heads, burns, people has severe respiratory problems. We need urgent help. Medication for burns , we need doctors. These tramps fire tear gas against anyone. We are standing with other pharmasists on the square, there were no hooded rioters around and they fired tear gas against us. That’s a criminal.” said Kostas Lourantos.

19: 46
A bank branch was set on fire on Panepistimiou Street, opposite the Athens University. Three employees could be rescued. The fire was extinguished by the fire brigades.
According to reports, Hoodies rolled up the barricades of the Agricultural bank, entered, destroyed personal computers and desks.

Stone-war in front of the Finance Ministry between Hoodies and riot police.

The newspanel discusses about an organized plan by the police to empty Syntagma SQ from the “Indignant” Greeks.

They ask what will happen if somebody of the injured trapped at the Metro Station dies…. 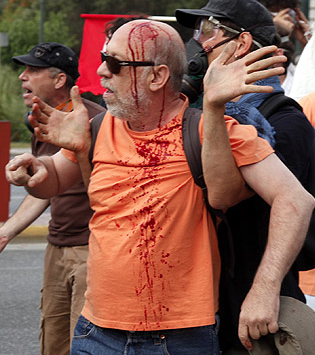 This morning in Athens 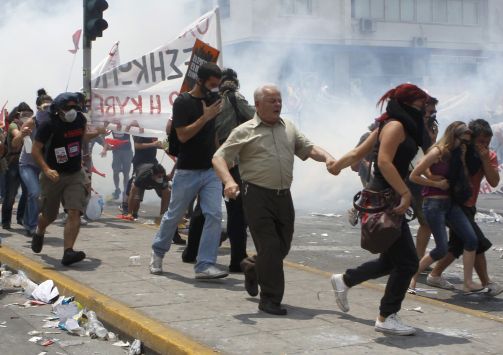 20:20
Pharmasists respond to the appeal and give medication and othe rmaterial for the injured at the Metro Station 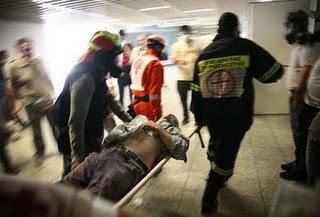 Kostas Lourantos, President of Pharmasists’ Association tells right now to ALTER TV, that he was warned by riot police not to return to METRO #Syntagma Station with medication.

Excessive and unprecedented usage of chemicals, uncontrolled and brutal violence against ordinary citizens and challenging tolerance towards hooded rioters … These are the three components of the operational plan of the Police, which bears the code name “End the Square”, it turned the Syntagma Sq into into Baghdad and ridiculted the country across the world.

“The instructions were clear … The story of the chemical and the tear gas is big,” tells to protothema.gr a combatant officer who knows the business plan of the Police of the last two days and adds: “Syntagma Sq should be emptied of protesters and this should be done in every way. ”

Of course, many questions rise about the behaviour of some riot policemen who, surpassing every limit, throw stones at demonstrators, spray people with chemicals in the metro station, beat even women without reason and any provocation.

20:50
Hoodies keep destroying everything – debris all around

All clear in government/police front
Police spokesman dissmised infromation police threw tear gas at the metro station. He also spoke of “alleged extensive use of violence”.

ANT1 TV:
-Government spokeman “What a pity the picture of Greece broadcasted by international media”
-Journalist: “That’s not the issue!”. 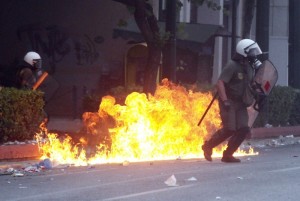 21:05
Fires on Syntagma Sq – smaller fires on the surrounding streets

Riots on the Ermou Street 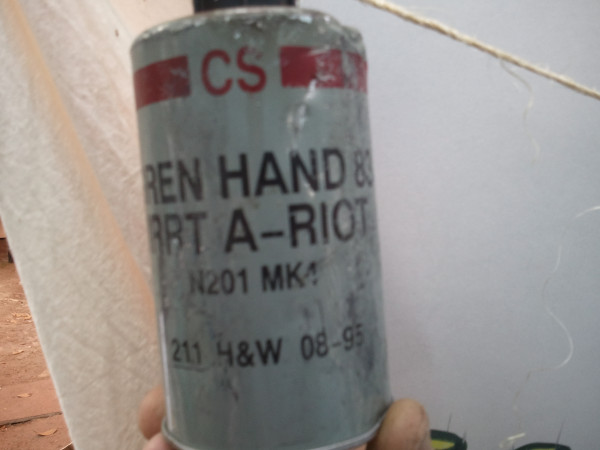 21:14
Businessman commited suicide in Thessaloniki. The 45-years-old man was co-onwer of the famous restaurant “Seven Seas”. He left a notice blaiming economic troubles. Then he jumped from the balcony…

21:54
A new rain of tear gas and flash grenades at Syntagma Sq – the night will be long… 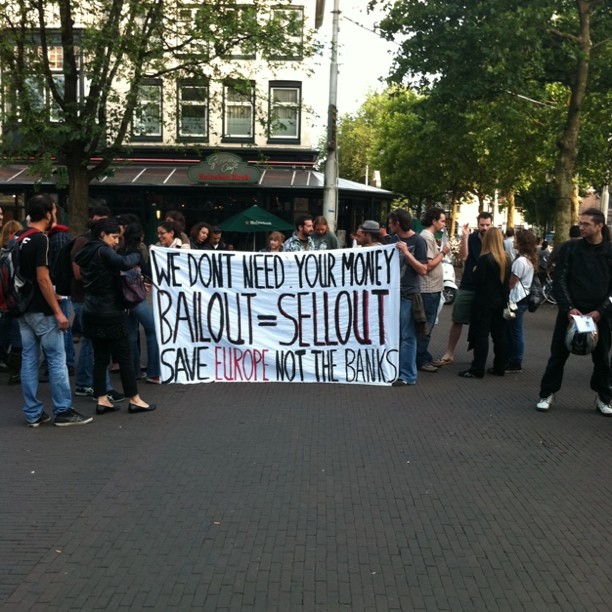 Video : Tear gas in the Metro – earlier Police dismissed chems in the metro

23:05
According to health ministry 99 people were taken to several Athens hospitals. The youngest injured is 15 years old 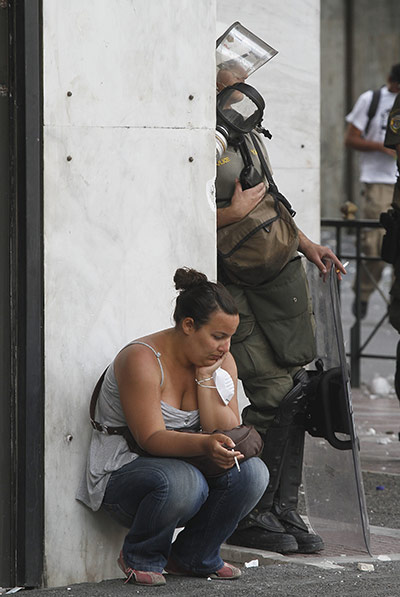 Tensions continues in, on, at and around Syntagma Sq.