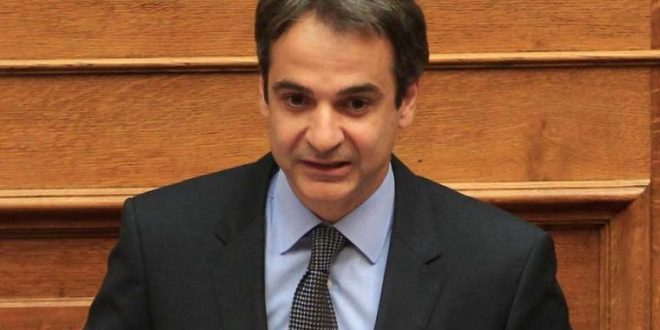 The leader of Greece’s main opposition party, conservative New Democracy, Kyriakos Mitsotakis complained about the passport controls at German airports. He described the procedure as humiliating and said he felt embarrassed as a Greek.

“I felt embarrassed as a Greek when I was taken into a different terminal of the airport of Frankfurt and waited for 20 minutes to have my passport checked,” Kyriakos Mitsotakis told an event at the Bruegel think-tank in Brussels on “Responsibility to Reform Europe.”

Mitsotakis flew to Frankfurt on Tuesday. He did not elaborate whether the the passport control were conducted within the Schengen area of the airport or not.

On Nov 23, Germany had reached an agreement with Greece and the European Commission  on the control procedure at German airports for passengers arriving from Greece.

Commission spokeswoman Natasha Bertaud had said that Germany has agreed that from now on passport controls for passengers coming from Greece will take place at the gate within the Schengen zone and passengers will not be transferred to non-Schengen areas. Furthermore, the controls will be limited to the identity and validity of the travel documents.

Germany suspended the Schengen agreement for flights coming from Greece on November 12 claiming non-EU passengers were illegally trying to reach Germany via Greece. The Interior Ministry in Berlin claimed the controls had managed to hinder more than 1,000 people from entering Germany, however, it never sent the relevant data about the nationalities of the said passengers to counterpart in Athens.

Greek passengers had to undergo humiliating controls that included also opening their luggage and a short interrogation. They were driven in a bus to selected areas where they had to stand  long queues also in the cold. Procedures were so thorough and queues so long that passengers reported they had to wait even for more than one hour forcing some to miss their connecting flights or further transport.

However, Germany has reportedly intensified the controls again during the last days.

According to German Interior Ministry decision, the Schengen suspension for Greece will be last until May 2018.