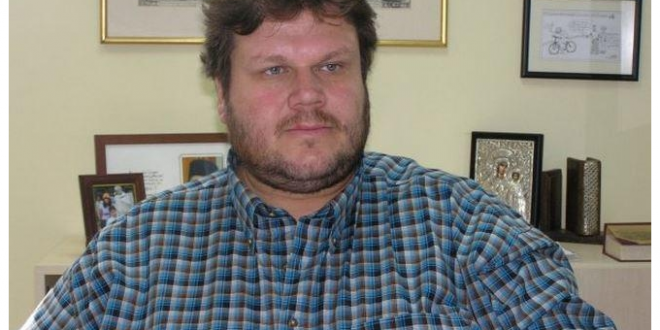 Three policemen and one army officer are among the far-right group that has launched a coordinated online attack against  journalist Stratis Balaskas who covers Lesvos for Greece’s state news agency ANA-MPA and news website lesvosnews.net. Two of the policemen has been detained.

Balaskas came under coordinated online and verbal threats by people aligned with neo-nazi “Golden Dawn” for his reports about refugees. Attackers demanded his moral and physical extinction and even insulted the memory of his dead mother.

On 12 August 2018, the journalist reported to have been threatened on the street at the port of Mytilon by three men, who he said belong to the extremist group.
On 15 August, Balaskas was verbally attacked by another person while covering a fire that erupted at the Tsamakia city park.
On 16 August, an editorial concerning the chapel of Virgin Mary in Mytiline and its significance to refugee women written by Balaskas in 2015 was uploaded by group members on social media. The coordinated online attack followed inciting harassment, death threats and calling for “punishment he deserves”.
Balaska filed a complaint with the police authorities, which resulted in the arrest of two of the police officers for the coordinated online attack.One of them was questioned and released but continued to harass Balaskas and he was detained again.
Overall 15 to 18 people have been named for prosecution in connection to the online threats against the journalist.
Stratis Balaska filed a complaint regarding the attacks to local police authorities.
In a statement, Balaskas said that he was attacked and threatened at the port of Mytilene and while he was covering the Tsamakia fire.
“One far-rightist was swearing at me, saying that I was covering issues of   ‘illegal monkeys’ and I was getting money from the NGOs. The same person later posted on Facebook, calling me fat…. and son of a bitch.”
Saying that there is an organized attack squad operating on the island, Balaskas expressed fear that one day there online attacks “will go to the level of attempted physical extermination of one of us.”
He complained about the slow pace of Justice and stressed that four and a half months after the ugly incidents where asylum-seekers and journalists were attacked by a far-right mob nothing has been done and investigation was still at preliminary level. 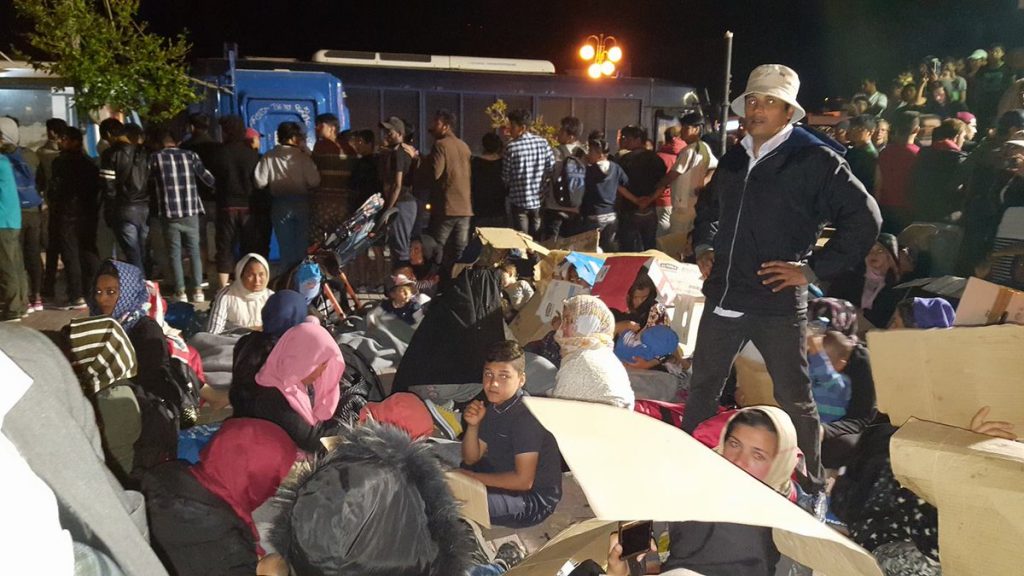 On April 23rd, a mob of far-right attacked asylum-seekers protesting slow asylum procedures. It was a night of shame for Lesvos. The attackers were chanting “Burn them alive” as they were hurling flares, firecrackers, stones and bottles at protesting men, women and children refugees,
Balaskas expressed the suspicion that there is “an invisible veil of protection for the gang” of attackers. 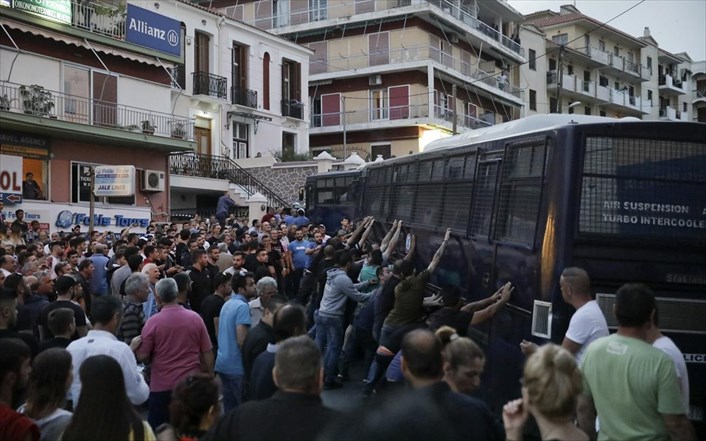 A few days later, on May 4th, a group of some 80 far-right extremists attacked journalists and photo reporters covering the visit of Prime Minister Alexis Tsipras to Lesvos. They threw stones and flares at journalists and police, targeted also locals opposing the violence.
According to daily efimerida ton systakton, several members of the group involved in the attack against Balaskas are being investigated for felony charges for the attacks against refugees last April.

The group has been “attacking journalists and citizens, posts on social media slander, threats and insults” and has been subject of many lawsuits.

Among those 15 to 18 people are well-known members of local Golden Dawn branch and of local “Patriotic movement,” efsyn reports.
“The army officer involved in Balaskas’ attacks has also attacked another journalist, and was involved in the attacks against the refugees,” the daily notes among others.
The local Journalists’ Association (ESHEPIN) condemned the attack and issued a statement expressing “growing concern over the security of journalists and media workers due to the increasing audacity by a group of people with intolerance, fanaticism and fascist perceptions does not suffice on internet harassment but now publicly invites to acts of violence against those who is not enough for internet savvy but now invites publicly to acts of violence against those who have been targeted for their opinions who they do not like. “
The Council of Europe published an alert on the platform for Protection of Journalists, while local but also the European Federation of Journalists condemned the attack and asked the Greek government to protect journalists.