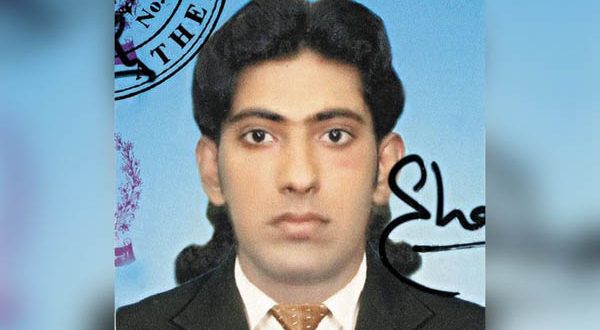 A Greek court of appeals sentence two defendants to 21 years and 5 months imprisonment for the murder of 27-year-old Pakistani laborer Shehzad Lugman in Petralona suburb of Athens in January 2013. It is the first time a Greek court recognizes a racially-motivated crime against life.

The court handed down guilty verdicts of intentional homicide for both the defendants, upholding the decision of a lower court, in accordance with articles of the penal code concerning hate crimes motivated by the victim’s perceived differences from the assailant.

The appeals court then proceeded to lower the life sentences (maximum 25 years) initially imposed on the two defendants, Dionysis Liakopoulos and Christos Stergiopoulos, to 21 years and five months imprisonment.

With a majority of six to one, the justices on the panel admitted the two defendants good behaviour after their act as a mitigating circumstance in passing the sentence. 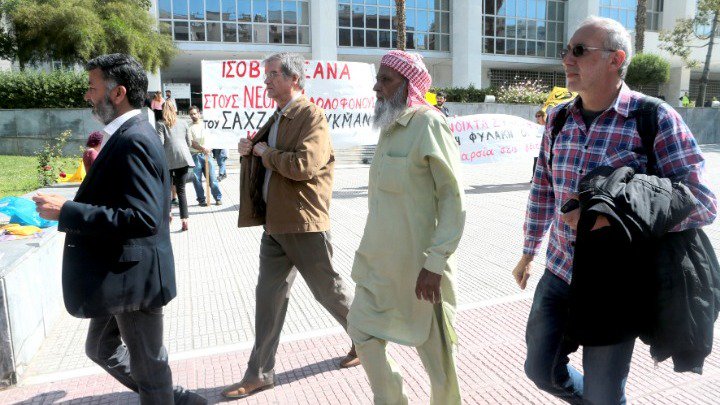 The father of the victim was present at the trial 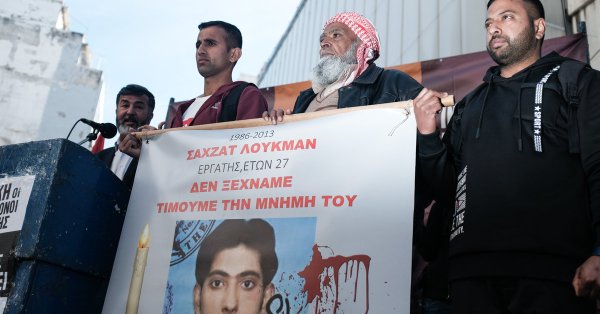 The judges’ sentence caused an outcry among many gathered in the courtroom to witness justice’s second verdict and sentence for the racially-motivated crime.

Some people threw bottles and verbally assaulted the court when the decision to reduce the life sentence was announced. they were removed fo9rm court room by the police.

According to the court prosecutor, the sole motive of the two defendants, Dionysis Liakopoulos and Christos Stergiopoulos, when they stabbed their victim seven times in the early hours of January 17, 2013 was “an obsessive ideation of racial superiority.”

The court did not link the actions of the two defendants to the far-right party Golden Dawn but with “the fact that both defendants knew they were attacking a foreign national.”

Both men convicted of the murder are also on trial in the ongoing criminal organization case against Golden Dawn.

Six years after the Luqman murder first came to court, initially as a death following an argument “over inconsequential reasons”, it is now being treated as the first hate crime culminating in murder to come before the criminal courts at both primary and appeals’ level in Greece, state news agency amna notes.

Based on the evidence presented in court, the two defendants attacked Luqman as he was going to work in the market on his bicycle. While initially claiming that there had been some sort of argument with Luqman the previous night, according to the prosecutor the evidence indicated that the attack was entirely unprovoked and the two “had been determined to find a foreign national…and show him that he was not welcome here.”

The two had been sentenced to life imprisonment by a first-instance court, which had also referred to the crime as racist, though it was initially filed as an ordinary homicide without reference to racial motives.