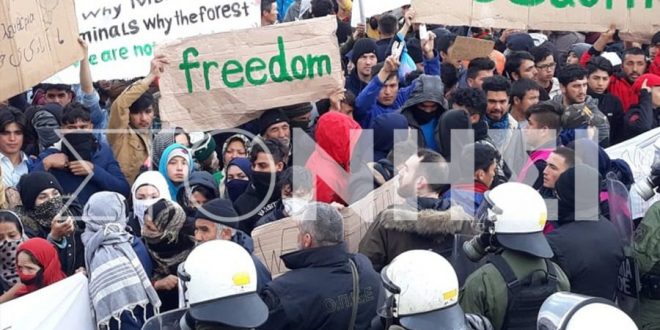 Clashes between Moria asylum seekers and police erupted outside the town of Mytilini on the island of Lesvos on Monday morning, when approximately 2,000 people set to march to the port.

Police fired teargas and sound flares against the men, women and children protesters. On their part, the asylum seekers set farm land on fire, and later in an area near the Kara Tepe accommodation center and a Public Power Company plant. 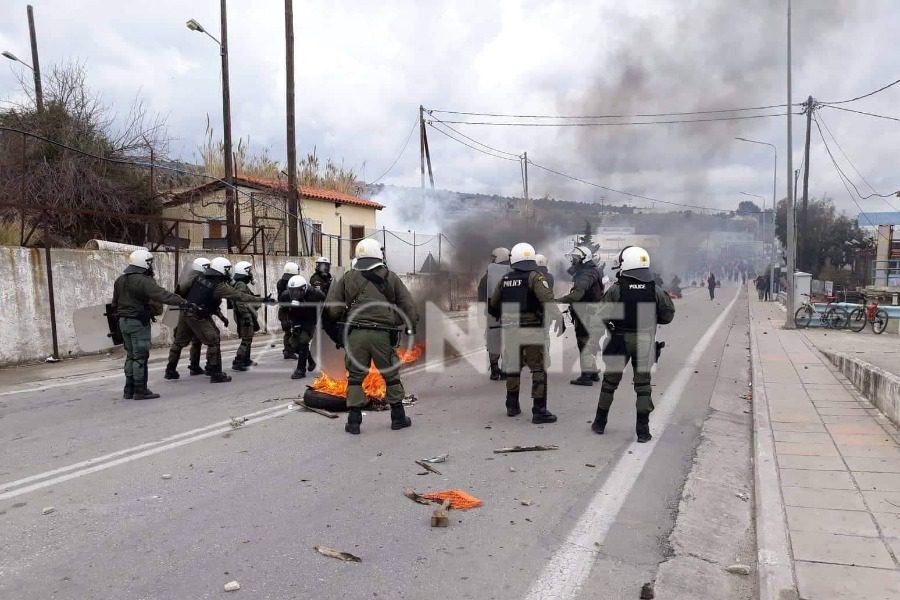 The asylum seekers left Moria in the morning and reached the island’s capital a few hours later.

NGOs have evacuated Kara Tepe due to suffocating atmosphere from the nearby fire, local media stonisi reports. 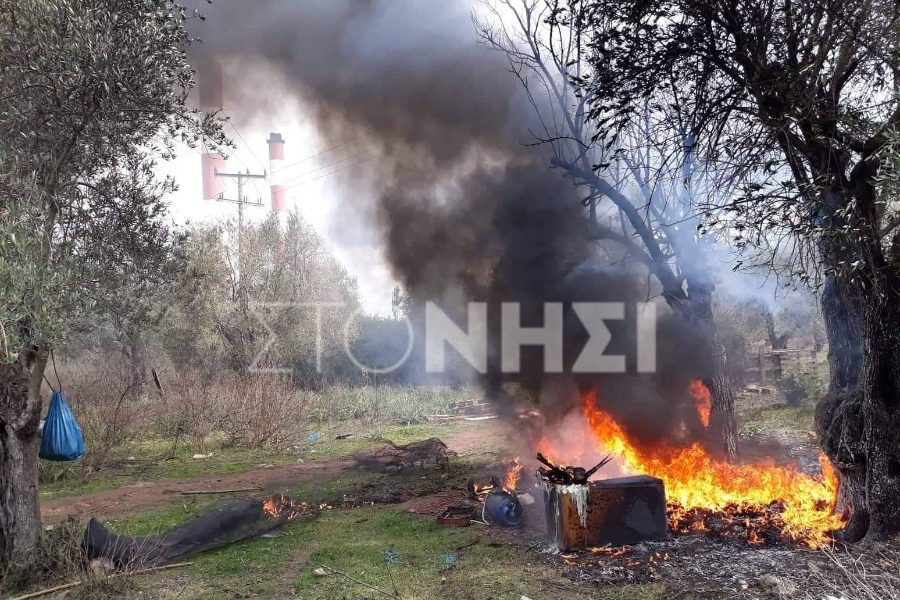 Half of the people managed then to reach Mytilini through the hills and mountains of the area. 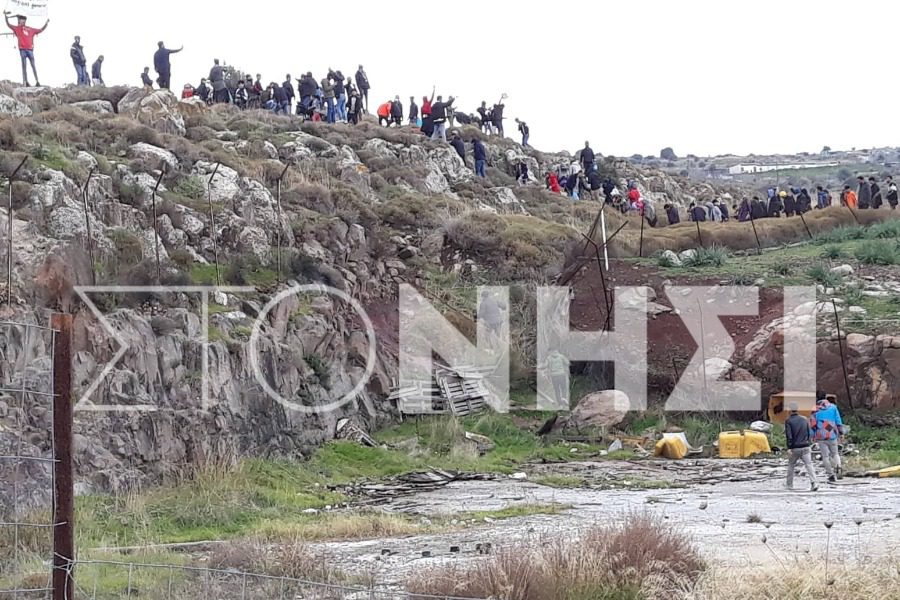 Reaching the town, asylum seekers blocked the main road and set up tents outside the Municipality Theater. 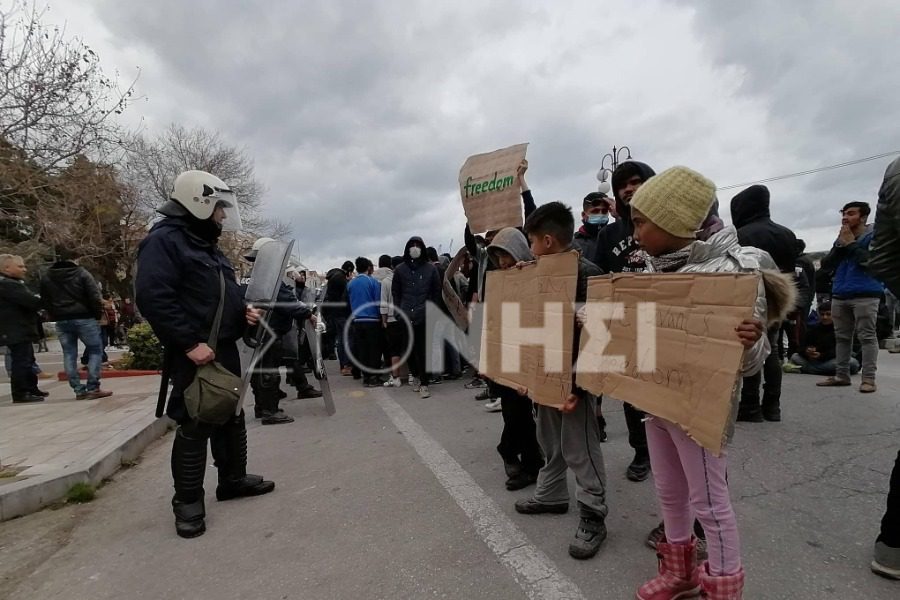 By early afternoon, refugee children had staged a sit-in outside the Theater.

They also protest the new asylum law that “freezes all old asylum requests by refugees and migrants” as they claim with priority to be given to new arrivals. 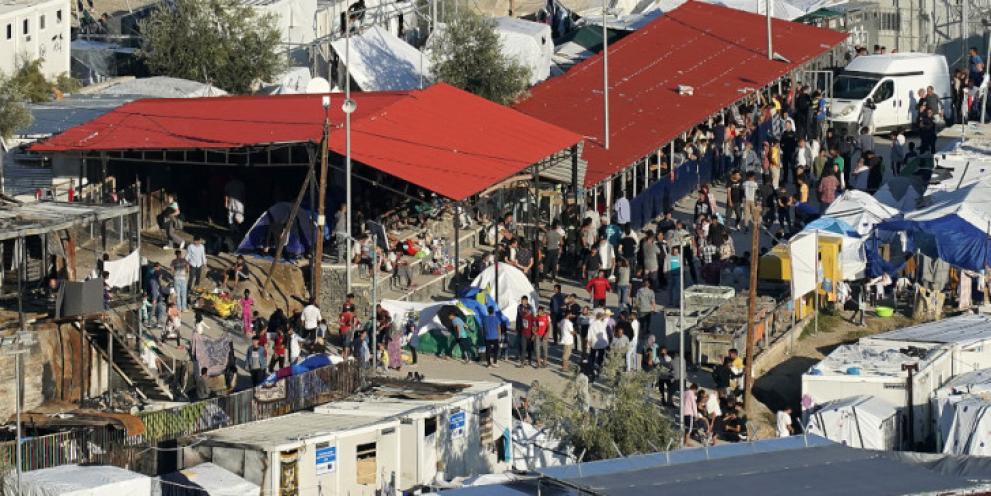 According to local media lesvosnews.net, two police squads arrived on the island on Sunday evening following information about the scheduled protest. It is the second protest withing days, the local media notes, criticizing the government for the “continuous meetings while the Migration ‘bomb’ explodes” and demands decongestion of the islands of the eastern Aegean Sea “now!”

Locals and authorities on the five islands that receive the majority of migration influx oppose government plans to build closed accommodation and registration centers with double capacity than the current one in the overcrowded hot spots.

The Greek government is determined to accelerate deportations to Turkey and stop new arrivals on the islands with the inhuman and much-criticized project of “floating fences.”