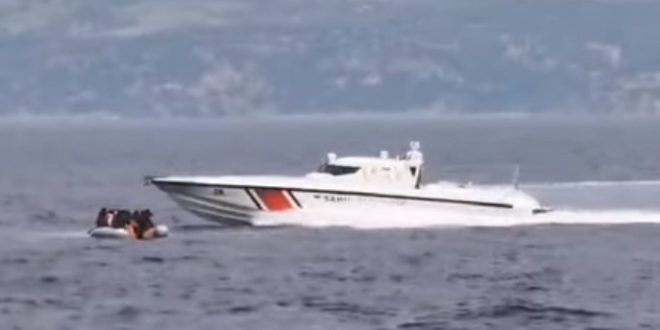 Vessels of the Turkish Coast Guard have been escorting migrants boats to Greece. A Greek Navy ship and patrol boats of the Hellenic Coast Guard spotted a boat carrying migrants in the sea area North-East of the island of Lesvos on Wednesday morning.

According to a GCG statement, following the actions of both the Joint Research and Rescue Coordination Center of the Coast Guard Headquarters and the operative vessels of the Coast Guard in the area, repeated attempts were made to contact the Turkish authorities in order to pick up the boat passengers, however, with negative results.

The migrants boat did not enter Greek territorial waters at any point, despite the efforts by the Turkish coast guard to push it within.

The boat was finally collected at noon by a Turkish patrol vessel, the statement said.