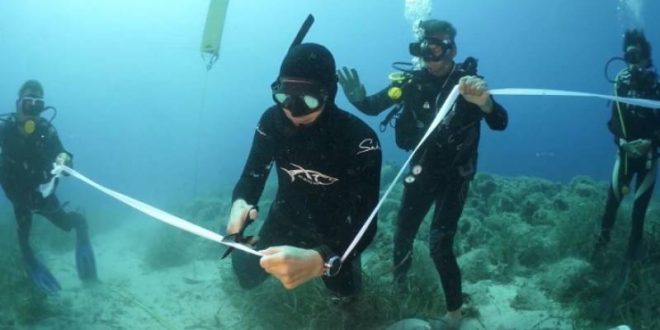 The first underwater museum in Greece was inaugurated off coast of the island of Alonisos, Sporades, on Saturday. Shipwreck Peristera is now the oldest marine archaeological site that can be visited.

The inauguration ribbon was cut in the clear blue waters of the Aegean Sea at a depth of 25 meters.

The regional governor of Thessaly and singer Sakis Rouvas cut the ribbon. Culture Minister Lina Mendoni, hundreds of guests, locals and tourists watched the event ashore via a giant screen installed at the port of Steni Valla, while dozens of boats sailed close to the site with more than 5,000 intact antique amphorae. 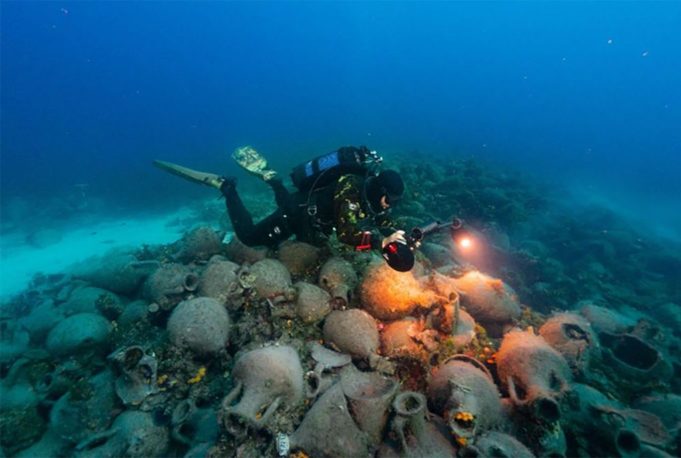 The water museum of Alonisos with the famous amphorae shipwreck of 5th century BC opened its water gates  for amateur divers and free diving divers from August 3 until September 30, 2020.

The underwater museum is located on the site of the ancient shipwreck off the islet of Peristera, off its rocky shore on the West and at a depth of 28 meters.

The shipwreck was discovered by a fisherman in 1985.

The large merchant ship, probably an Athenian one, sank around 425 BC. It was loaded with wine amphorae from Mendi, an ancient city in Halkidiki, and Peparithos, today’s Skopelos. Both regions were famous in the antiquity for their wines.

The pile of amphorae, which extends to a length of 25 meters at the bottom of the sea, gives the feeling of the contour and the large dimensions of the ship.

The shipwreck is one of the most important of classical antiquity.

Its excavation was carried out by archaeologists and the staff of the Ephorate of Marine Antiquities of the Ministry of Culture, who today take care of the opening of the shipwreck to the public.

The impressive number of amphorae, the excellent condition of the wreck at -21 to -28 meters and the beauty of the exotic waters and the rich seabed of the area, located within the protected area of ​​the National Marine Park Alonissos – Northern Sporades, make it Ancient shipwreck of Peristera is a destination that interests every experienced diver.

The project is expected to establish Greece on the “map” of world diving tourism.