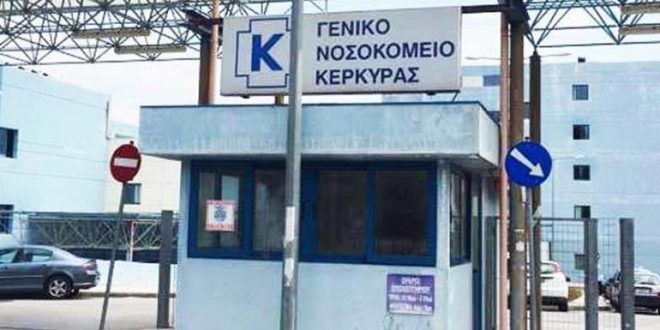 The Athens Public Prosecutor has ordered a preliminary investigation to see if the offence of spreading fake news was committed with the statement made by the president of the Panhellenic Federation of Public Hospital Workers (POEDIN) Michalis Giannakos. The POEDIN President told media on Thursday morning that a nurse on the island of Corfu had developed paralysis of the lower limbs following the second shot of Covid-19 vaccine.

The Prosecutor will investigate if Giannakos committed the offence of spreading fake news because he expressed with certainty that the nurse’s paralysis was side effect of the vaccine before the doctors ruled, reported newspaper ethnos on Thursday afternoon.

Citing Corfu hospital sources, local media enimeronionline reports that the dramatic news that spread following the statement from the Public Hospital Workers president and union members is not so dramatic after all and it has no connection with the vaccination.”

According to the same sources, following the nurse’s vaccination about a week ago she had a bit of a fever and felt some numbness in her limbs. She was advised to rest at home and her condition has improved. Doctors are looking into the matter, enimerosioneline added..

Corfu Hospital Administration has not issued a statement as there is not enough medical information at the moment.

The Public Persecutor of Corfu will reportedly also investigate the issue.

PS The main problem with this crucial case for the vaccination program is that Giannakos and another member of the Hospital worker’s union on Corfu made the statements live on Open TV on Thursday morning. They were reproduced by all mainstream media in the country including the news bulletin of state broadcaster ERT, newspapers and websites (skai, efsyn  etc.)
By Thursday afternoon, no official statement has been issued neither by the Health Ministry nor the National Vaccination Committee on the issue.