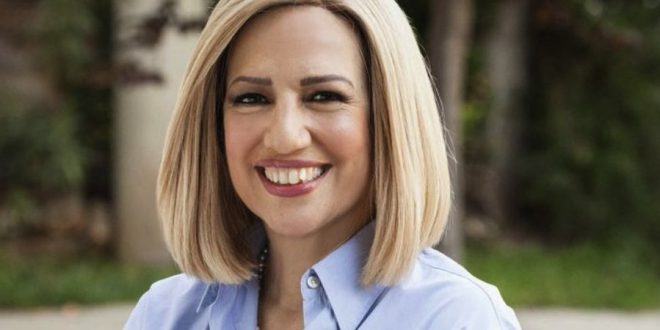 October 25, 2021 FEATURED, Greece, Politics Comments Off on KINAL leader Fofi Gennimata dies at 56 after a long battle with cancer 1,518 Views

Fofi Gennimata, the leader of Movement for Change (KINALPASOK) died at 12:04 Monday noon hospital Evangelismos announced. Gennimata had been battling cancer for over a decade and was hospitalized two weeks ago.

Gennimata was admitted to hospital on October  11 with ileus, and recurrence of her primary cancer, the hospital had announced. According to media reports she had multiple metastasis in the abdomen.

She was first diagnosed with breast cancer in 2008.

The tragedy is that both her parents died of cancer. Her father Giorgos Gennimatas was founded member of PASOK and as a minister he reconstructed the Greek health system.

The political world but also the society independently from political ideologies are in shock from the death of a very dynamic woman. Although her health condition was more or less known, nobody could believe on such a sudden death.

She was active in politics since the times at university and was elected leader of KINAL/PASOK since 2014  She was the only woman ever to lead the socialist party in Greece.

The six candidates for the KINAL leadership, after she announced that she was withdrawing from politics,  are only men.

Fofi Gennimata leaves behind a husband and three children.

A minute of silence was held at the Greek Parliament an hour after her death and the Prime Minister canceled his scheduled tour to Dodecanese returning to Athens.