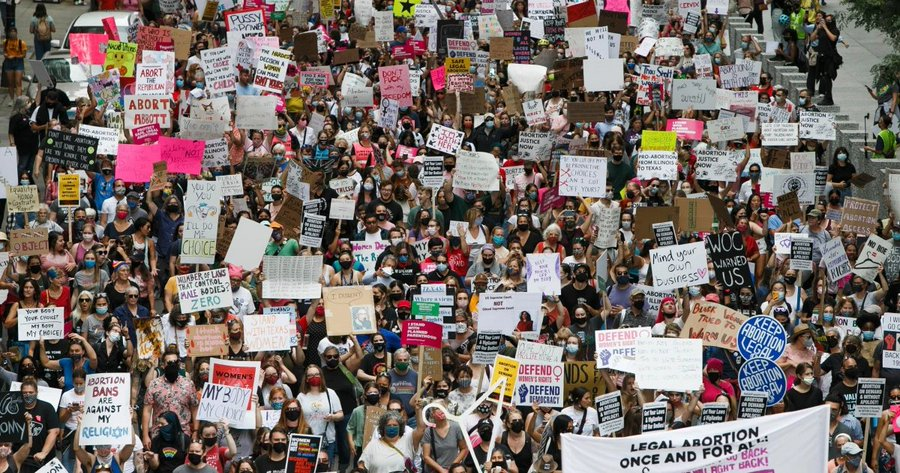 Greece’s state and political leadership as well as leaders of opposition parties slammed the US Supreme Court ruling on abortion.

President of the Hellenic Republic, Katerina Sakellaropoulou, in a post on Facebook on Monday, it was an open cultural clash in the already divided USA, with wider social and political repercussions.

“Between the lines of the Supreme Court’s decision and the method of grammatical or historical interpretation of the US Constitution is concealed the ominous political and cultural revisionism of our era in its most symbolic legal expression,” the President stressed.

Sakellaropoulou added that this decision “places at the discretion of the lawmaker an emblematic conquest of women and a fundamental approach to their personal independence, an issue that historically and in principle is at the core of individual human rights unacceptably goes back to being connected with the moment and the net power of the majority, depending on its ideological and moral prejudice.”

Already on Saturday, Prime Minister Kyriakos Mitsotakis had posted on Twitter that he was “really troubled” by the decision of the US Supreme Court to abolish the constitutional right to abortion in the country, saying it is “a major step back in the fight for women’s rights.”

The Supreme Court overturned the landmark 1973 Roe v. Wade ruling that recognized women’s constitutional right to abortion, a decision that will dramatically change life for millions of women in America and exacerbate growing tensions in the country.

“[US] Supreme Court decision on abortion[s] sends [a] dangerous message affecting the international community. Rights that should be self-evident are challenged. Our duty is to stand against those bringing us back to the dark ages. The right of every woman over her own body is non-negotiable,” Tsipras said in a tweet.

Androulakis noted that “the reversal of the historic #RoeVsWade ruling by the US Supreme Court, which effectively criminalizes access to abortion, is a head-on assault on women’s rights and another dramatic reminder that, at a time when conservatism is striking back, nothing can be considered as a given.”

“As reality has also shown in Poland, the legal ban on abortions is not only a blatant violation of human rights but will have tragic consequences by increasing the risks to women’s lives,” he added.

Note that a portion conservative parties voters also in Greece are in favor of banning abortions that became legal in 1979. Greek Trumpistas came out the holes on Friday night demanding the defense of the unborn child.

Worth recalling is also that one MEPs of ruling New Democracy had joined a far-right anti-abortion motion at the European Parliament in March 2021.

A year earlier, the Holy Synod of the Greek Orthodox Church had ruled that “abortion is murder” and declared a day dedicated to “the unborn child.”