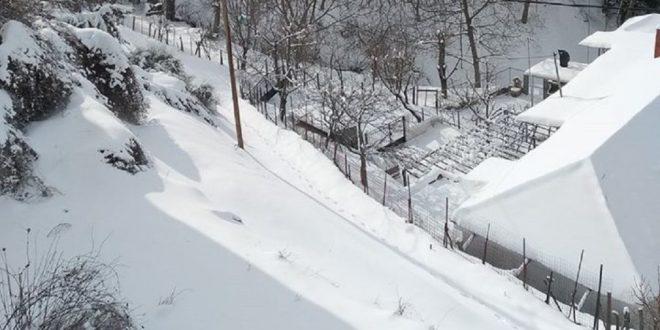 The recent EMY weather warning has been updated as the low barometric pressure is forecast to arrive from the west on Sunday night and move to south mainland and the islands. 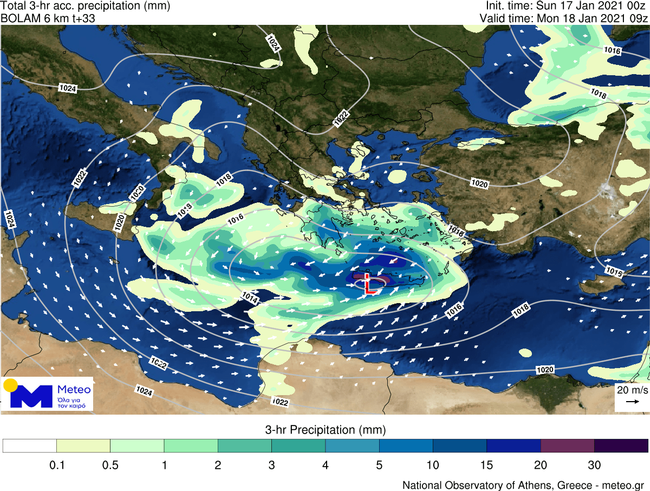 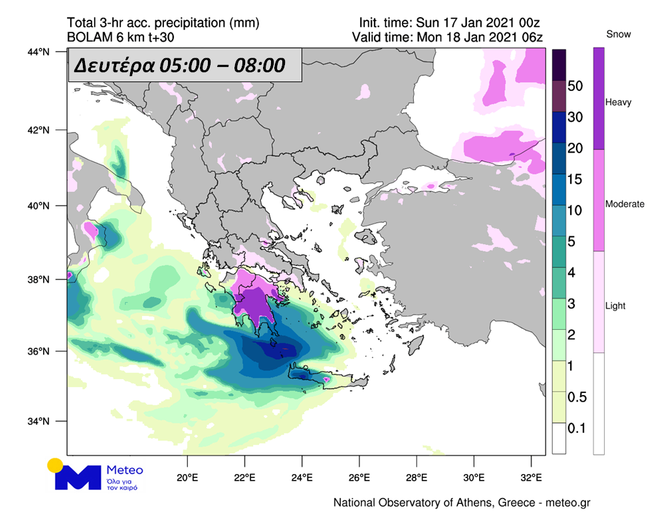 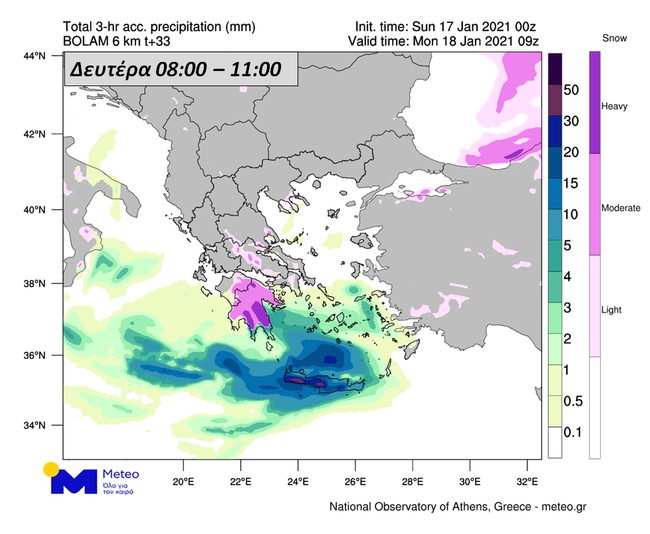 Dense snowfalls are expected in central and southern Greece as far south as the mountains of Crete, while southern islands and coastal areas should expect torrential rain.

Temperatures will remain low, while winds in the south Aegean might reach gale-force strength at 8 Beaufort  and up to 9 B locally.

In Macedonia, temperatures are expected to range between -11C up to -3C, in Central Greece 2C-7C and in Crete 12C maximum.

Thessaloniki will have more sunshine, but temperatures in the center of the city are expected to drop and range between -3C and 2C. 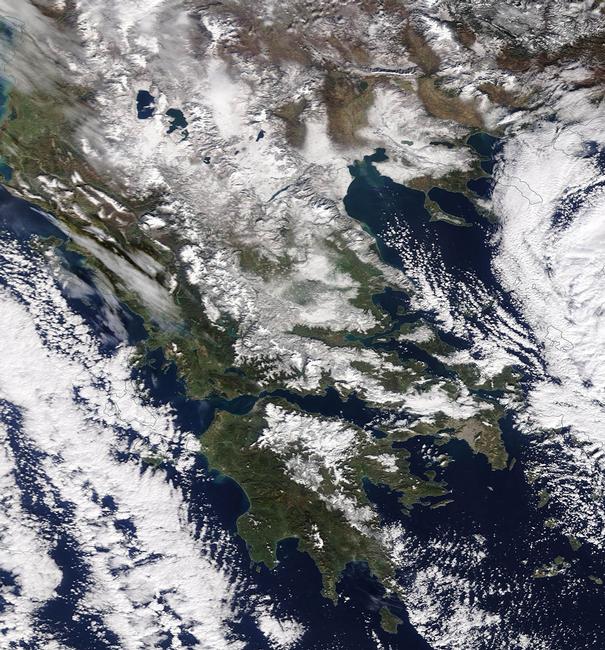 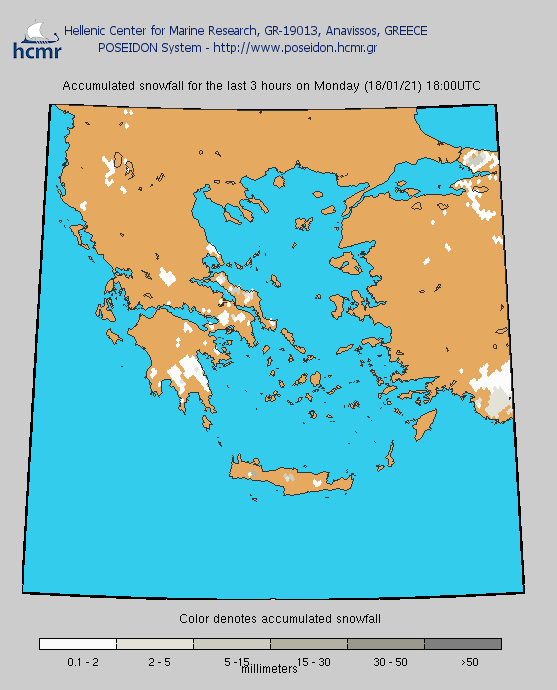 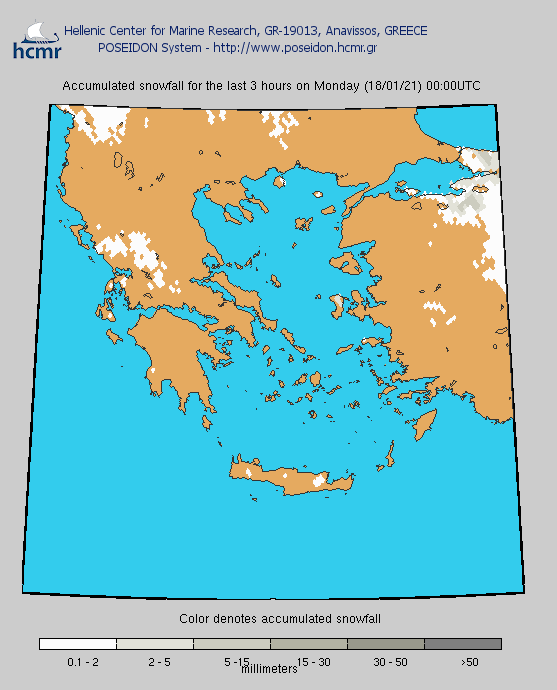 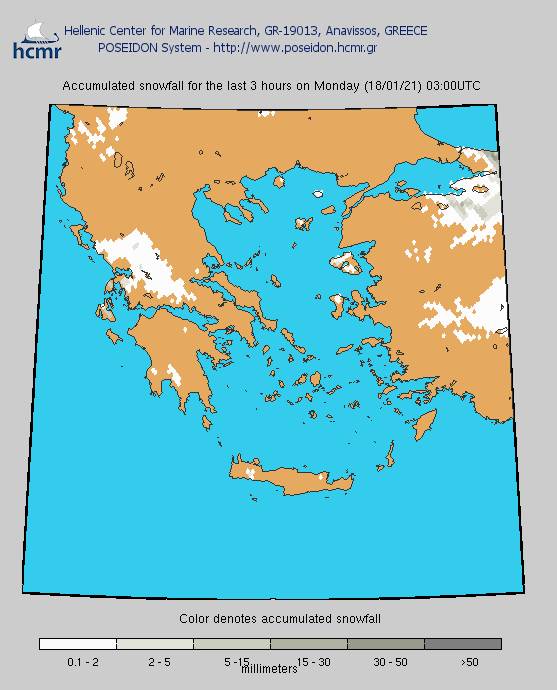 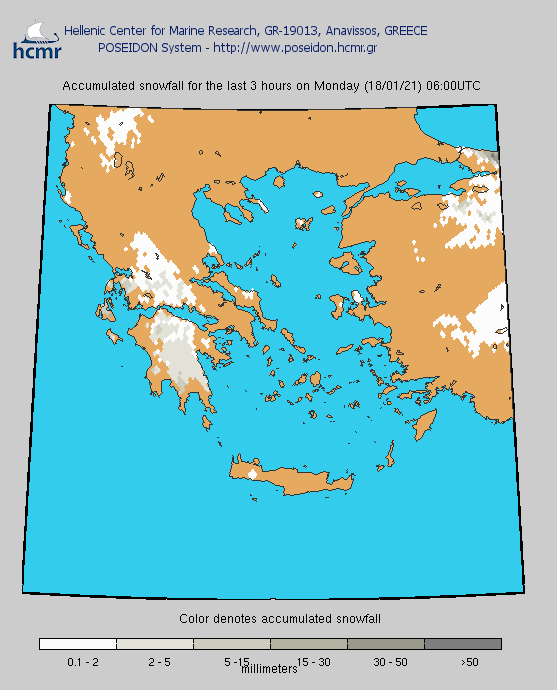 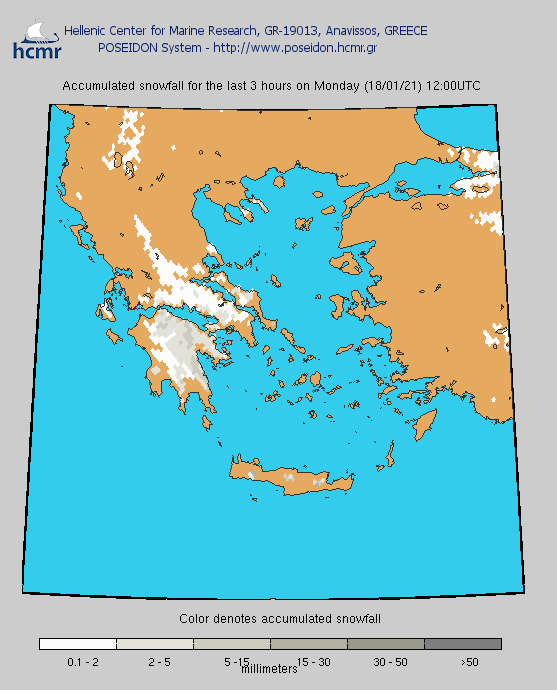 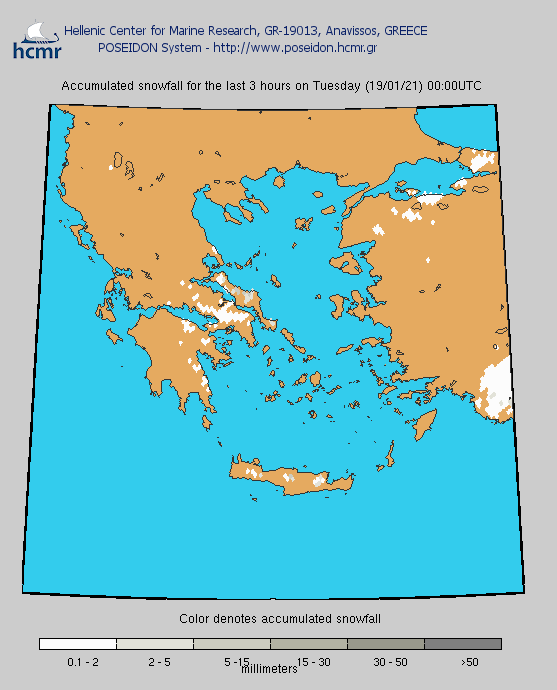 Island of Kythera and South Peloponnese from early morning hours of Monday until noon.

Cyclades islands (mainly West and South) and Crete from the early morning hours of Monday until afternoon. 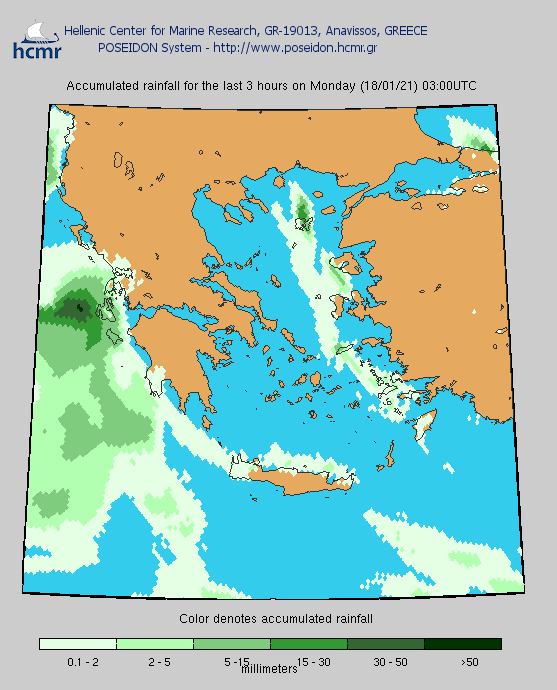 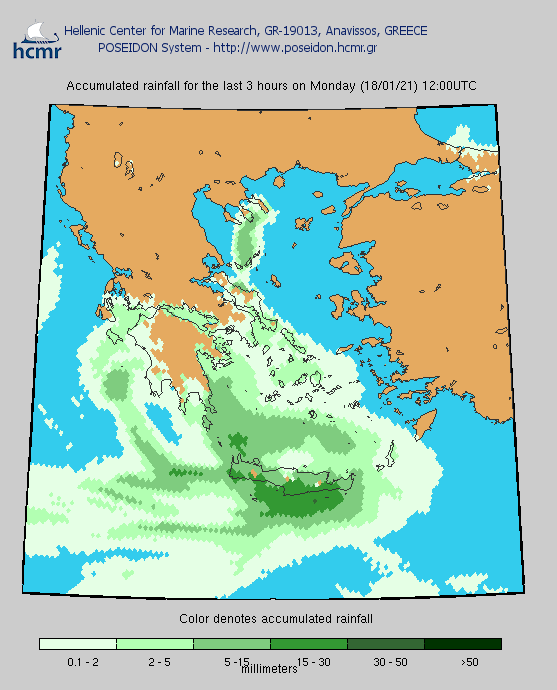 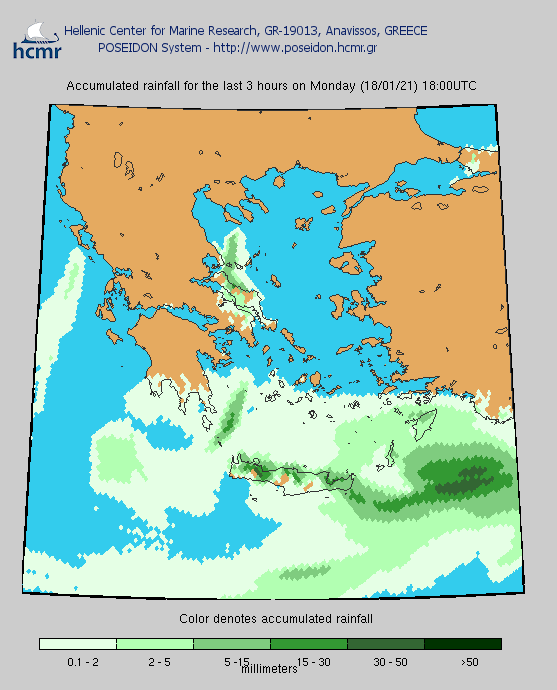 East winds 7-8 Beaufort in the South seas on Monday. 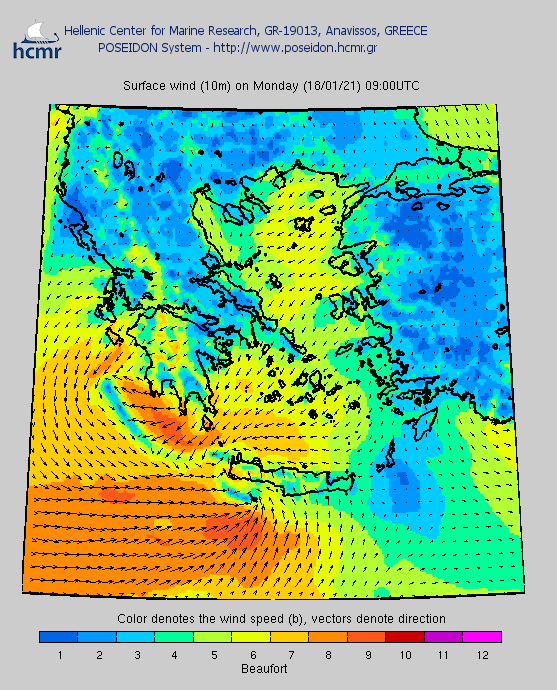 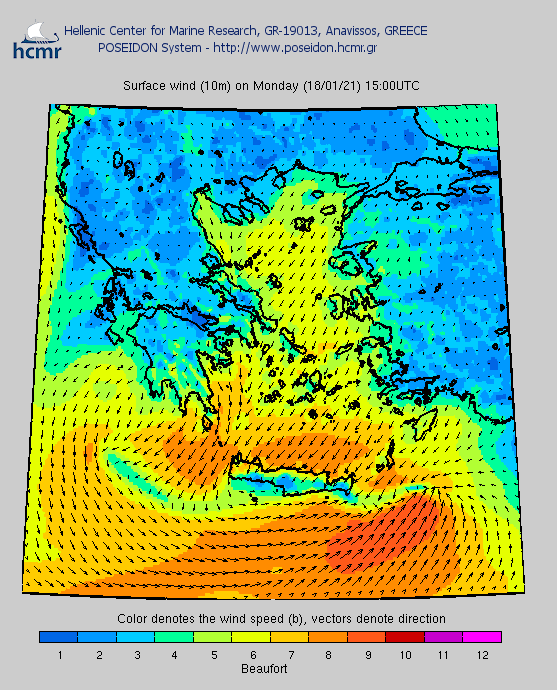 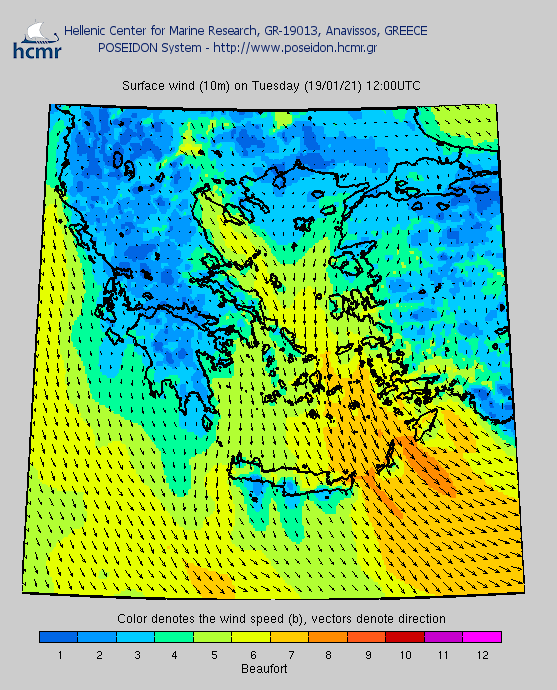 Strong Frost until Tuesday, Jan 19, in central and north mainland in evening and morning hours. 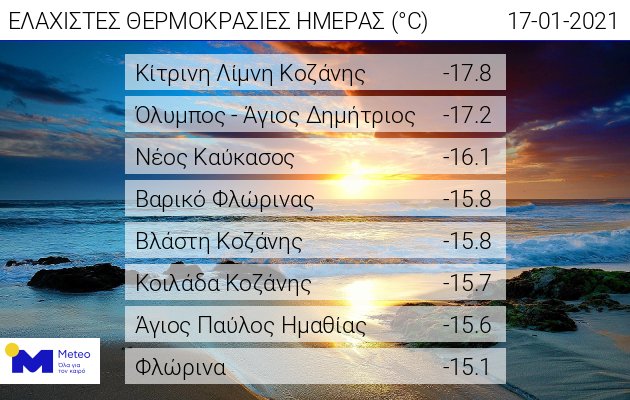 In the night from Saturday to Sunday, temperatures dropped to -17.8 degrees Celsius in some areas of western Macedonia like in Yellow Lake, Kozani. The highest temperature on Saurday was recorded in Agios Nikolaos, Crete, with 18.9°C. 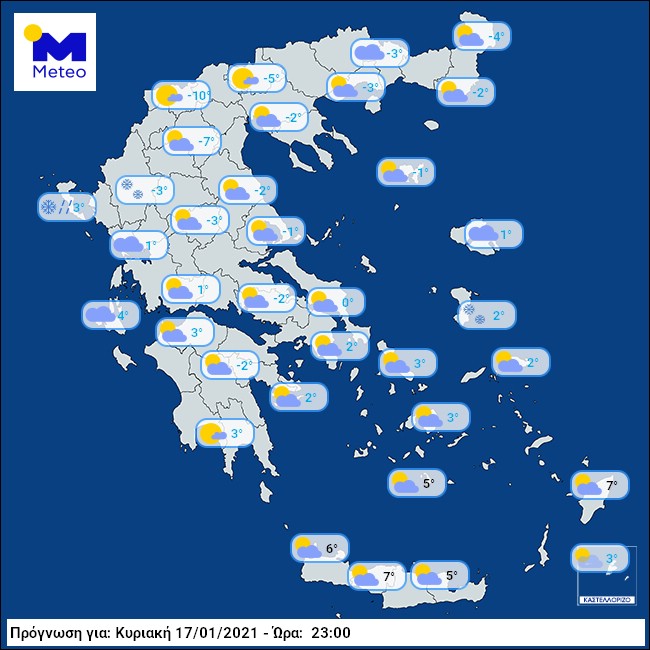 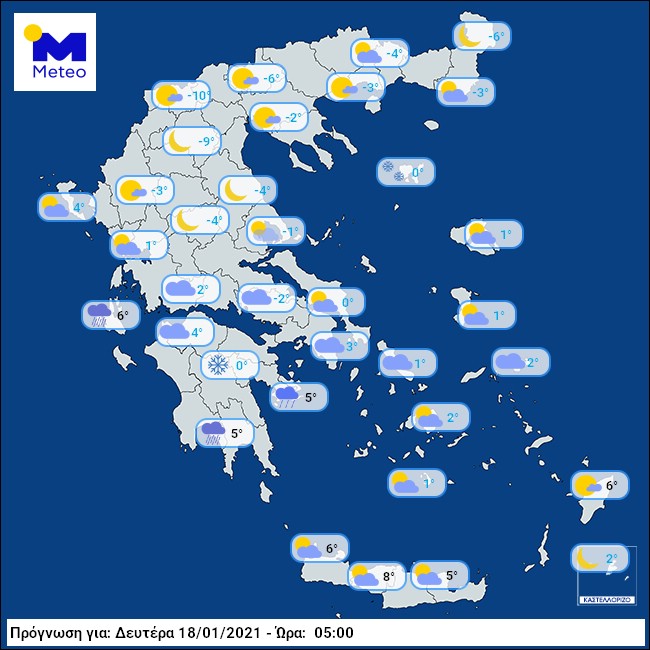 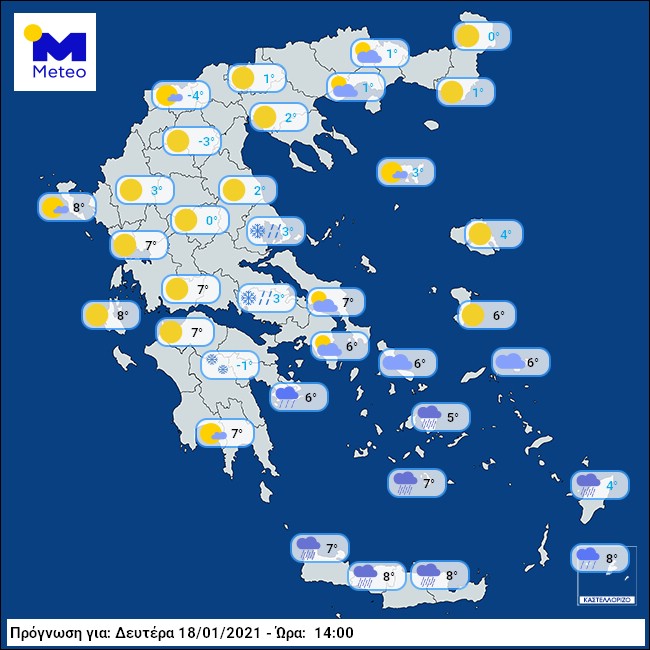 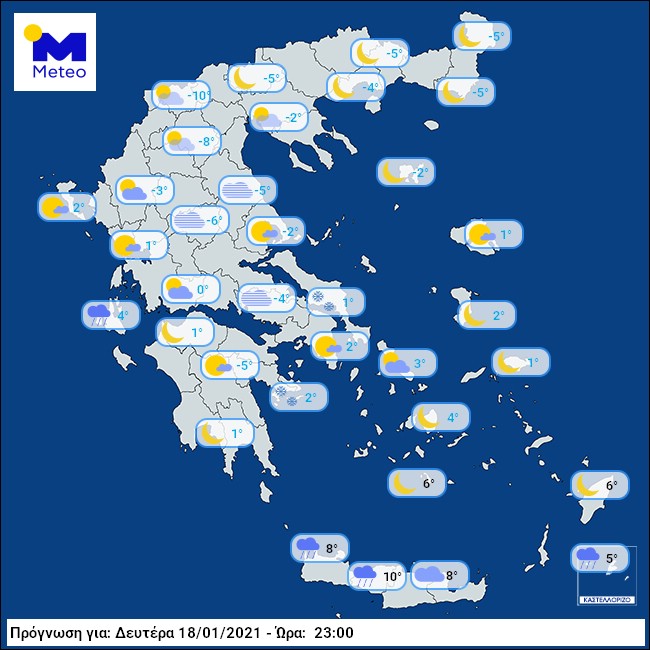 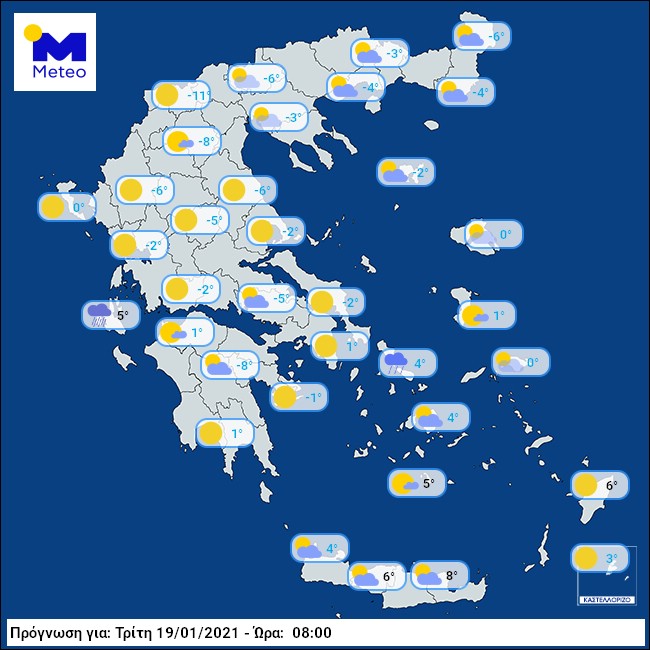 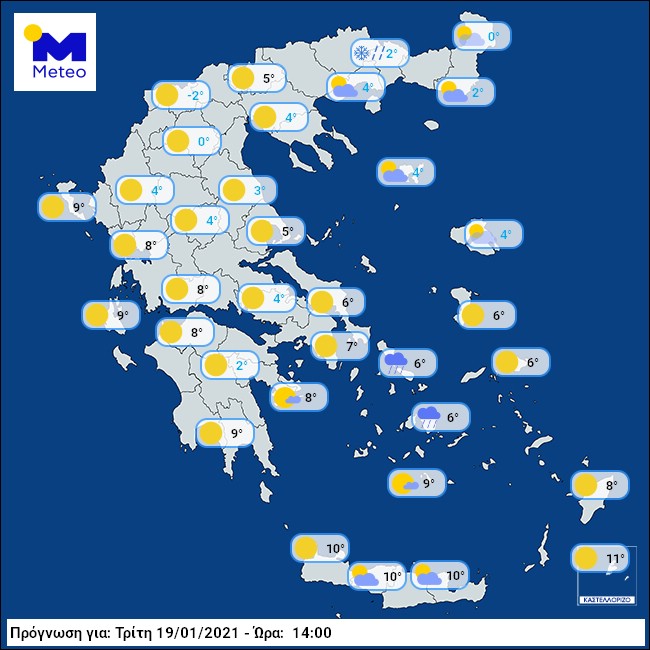 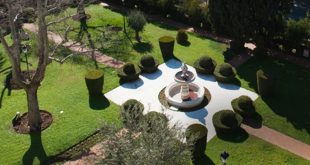 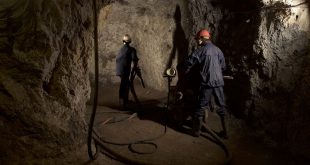