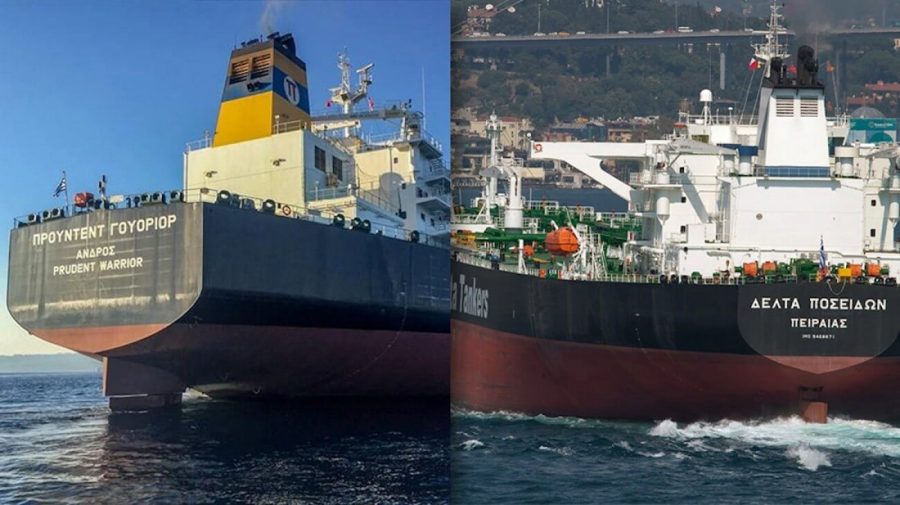 The two Greek tankers seized by Iran’s Revolutionary Guards on Friday have been ordered to sail to the port of Bandar Abbas on the southern coast of Iran on Sunday.

According to information, the crews of the vessels are in good health and have had their cell phones returned to them over the weekend to communicate with their families.

The family of one of the Greek crew spoke to Star TV on Sunday after they communicated with their son. The “Iranians are still onboard,” the father said.

Other relatives who spoke with their beloved ones confirmed also that “armed Iranian guards” were still onboard.

Oil tankers Prudence Warrior and Delta  Poseidon were seized shortly after Tehran warned it would take “punitive action” against Athens over the confiscation of Iranian oil by the United States from a tanker held off the Greek coast, reuters reported.

“The crew of the two Greek tankers have not been arrested, and all crew members … are in good health and are being protected, and provided with necessary services while on board, in accordance with international law,” Iran’s Ports and Maritime Organization said in a statement carried by state media.

The two vessels were stopped over unspecified “maritime violations”, the body said.

Athens called the incidents “piracy” and said that both actions violated international law.

Mid-April Greek authorities seized the Iranian-flagged but Russian-managed tanker Pegas off the island of Evia due to the European Union sanctions. The United States later confiscated the Iranian oil cargo, had it reloaded to a chartered Greek tanker that it supposed to bring it to the USA.

In a strong demarche on Friday, the Greek Foreign Minister had demanded that all crew and the tankers are released.

Citing Iranian media, the New York Times reported that Iranians have threatened another 17 Greek tankers currently in the Persian Gulf, if the seized oil cargo of Pegas is not returned.